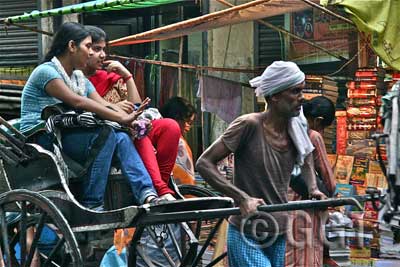 Though they get less attention than their western counterparts, the states of East India offer a glimpse at a truly captivating part of the country. On a tour to East India, you’ll find thrilling wildlife and colorful cultures, thrumming cities and Himalayan hamlets, mighty monuments and intimate moments with locals. This is an opportunity to see a different side of India—a vibrant place with customs, characters, and a charisma all its own.

Breathe in the fresh mountain air in Sikkim—India’s most pristine state—as you gain insights into Buddhist culture at the temples and monasteries around Kalimpong and Gangtok. Immerse yourself in the vibrant Bengali culture, whether in the bustle of Kolkata or the natural beauty and colonial charm of Darjeeling. Enjoy an edge-of-your-seat wildlife experience in Assam’s Kaziranga National Park, and relish the history of Guwahati, a city once known as the “Light of the East”. Set off on an East India tour that truly captures the spirit of this many-splendored section of the country with Geringer Global Travel.

Day 1: Arrive Delhi
Namaste! Welcome to India!
You will experience the many facets of this captivating capital—both the modern and the ancient—as you explore both New and Old Delhi.

Day 2: Delhi
Experience Old Delhi, from the opulent Red Fort and massive Jama Masjid mosque to the narrow bustling lanes ofChandni Chowk. New Delhi’s Gateway to India and the Presidential Palace showcase modern history, yet the 12th century Qutub Minar shows that even this new part of town has an ancient past. Walk through Nizzamuddin Basti(colony), with an underprivileged young adult trained by a local NGO as your guide.

Day 3: Delhi- Bagdogra – Darjeeling
Fly to Bagdogra and transfer to Darjeeling. At 7,000 feet, this legendary hill station offers breathtaking views of snow-capped Himalayas and especially Kanchendzonga, the third highest mountain in the world. Tiny waterfalls, little villages and a narrow-gauge railway track add a fairy tale feel to this place, and its tea gardens are world famous.

Day 4: Darjeeling
Enjoy an early morning visit to Tiger Hill—during which you may see the horizon changing colors just before sunrise. It is truly a majestic sight. Later drive to Ghoom to see the 19th century Yiga-Choling Gompa, a “Yellow Hat” Buddhist monastery. Later, visit the famed Lebong Race Course, the Everest Museum and the house of Tenzing Norgay who, along with Edmund Hillary, was the first to climb Mt. Everest in 1953. Enjoy a ride on the World Heritage-listed toy train (subject to availability) from Darjeeling to Ghoom and back.

Day 5: Darjeeling- Gangtok
You’ll drive to Gangtok, capital of Sikkim, visiting the awe-inspiring Rumtek Monastery along the way. The monastery is home to Gyalwa Karmapa, head of the Kagyupa order of Tibetan Buddhism. According to legend, it is believed that the first Karmapa was visited by ten thousand fairies, each of whom offered a strand of her hair as a gift. These strands were woven into a black hat, which was passed down and is still at the Rumtek Monastery today.

Day 6: Gangtok
Enjoy a sightseeing tour of Gangtok, a city set on a ridge 5000 feet above sea level. One highlight of your tour will be a visit to Enchey Monastery. This monastery is built on a site blessed by Lama Druptok Karpo, a tantric master who was believed to have the power of flight.

Day 7: Gangtok – Kalimpong
Today, you be driven to Kalimpong, a city which provides a glimpse into the rich heritage of the Bhutanese and Nepalese peoples. Nestled in Himalayan West Bengal, the city’s places of interest include Thapa Choling Monastery,Buddhist Monastery, Durpin Dara, Zang Dog Palri Fo-Brang Monastery and Thongsa Gumpa.

Day 8: Kalimpong – Bagdogra / Bagdogra – Guwahati
After breakfast, you’ll be taken to the airport in Bagdogra to board your flight to Guwahati, one of Asia’s oldest cities.

Day 9: Guwahati – Kaziranga
Today, travel to Kaziranga National Park, famous as the last major home of the great one-horned rhino. The park also has numerous wild buffalo, sambar, swamp deer, wild boar, elephants and a wide variety of shallow-water fowl. You can even enjoy the wide variety of wildlife from atop an elephant.

Day 10: Kaziranga
Explore more of Kaziranga on an early morning game drive through the park, and take the afternoon to simply relax in this beautiful natural environment.

Day 11: Kaziranga – Guwahati– Kolkata
As your tour of East India continues, drive to Guwahati airport to board your flight to Kolkata. Established by the British in 1690, this is an intellectual epicenter of India. The city retains some of India’s most impressive colonial buildings, and is also home to the country’s first underground railway.

Day 12: Kolkata Departure
After breakfast, enjoy a tour of this vibrant city. Visit the Indian Museum, considered one of the best in Asia, as well as St Paul’s Cathedral, the impressive Victoria Memorial, and Kalighat Temple. The 18th century Botanical Gardenis home to a 200-year-old banyan tree believed to be among the largest in the world. Later, transfer to International Airport for your flight home.

As your East India Tour comes to an end, depart knowing that you have memories that will last a lifetime.

Planning a trip to India? Travel to East India with the expert help of Geringer Global Travel! This is just a suggested itinerary—we’d be happy to customize an itinerary to fit your needs. Whether you’d like to choose your own dates, would prefer a shorter or longer journey, would like to mix and match accommodations or simply need something to fit your budget, please contact us at 877.255.7438 or email us at info@geringerglobaltravel.com to discuss how we can create a personalized India tour for you.