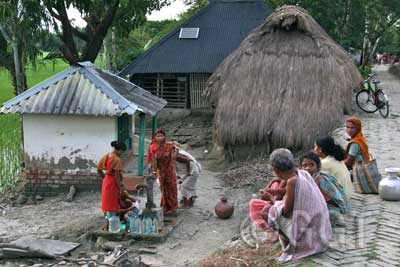 On this tour of East India, experience the captivating regions of West Bengal and Orissa in this two-week trip. West Bengal is a thrumming center of humanity where, over the years, Indian ideas have flourished. It was home to the freedom movement, and has a long history of drawing the finest artists, spiritual thinkers, writers and revolutionaries.  This sliver of a state houses a dense population and a remarkable diversity of geography, from the flat Ganges plains to the towering Himalayas.

Orissa is renowned for its temples, the grand remembrances of when this region was flourishing in the 13th century. Hordes of pilgrims visit this area and its fascinating collection of ornate temples, infusing the region with a rippling energy.  Yet it also has deep tribal roots—many of the tribes here live on the fringe of mainstream society, still maintaining their vibrant traditions in a world that has largely moved on.

Enjoy this fascinating glimpse into two of India’s most enigmatic states on this tour to East India with Geringer Global Travel.

Day 1: Arrive Kolkata
Namaste! Welcome to India!
Kolkata is a city pulsing with energy: intellectual, culturally and artistic. Home to four Nobel laureates—Ronald Ross, Rabindranath Tagore, Mother Teresa and Amartya Sen—the city was the birthplace of many modern movements in art, cinema and theater. It was also where the country’s march toward freedom began.

Day 2: Kolkata
Explore the beautiful architecture and busy, narrow lanes in the north of the city, and visit Victoria Memorial andDalhousie square, an historic hub surrounded by charming buildings.

Day 3: Kolkata
Visit Dakshineswar Temple, a complex built in 1855 where the saint Sri Ramakrishna attained his enlightenment, and a well-known pilgrimage spot for Hindus. In the afternoon visit the Mother Teresa House, an orphanage that provides children with clothing, food and a quality education.

Day 4: Kolkata/ Godkhali/ Sundarban
Stop at a rural bazaar, a charming local tea – shop and a fishermen’s village before arriving at Godkhali, where you’ll board your river cruise. Lazily float down the Hogol, Gomor, Durgaduani and Gumdi before arriving at Sundarbans Jungle Camp. Later, wind through creeks and canals for a fascinating birding and game cruise to the Sudhanyakhali Watchtower, a great vantage point for spying wildlife.

Day 6: Sundarban / Kolkata / Bhubaneswar / Puri
Return to Godkhali by motorized boat and drive to the Kolkata airport, where you’ll board your plane to Bhubaneswar and onward to Puri, one of the biggest pilgrimage centers in India. Puri Beach is also known as one of India’s finest, and a great spot to soak in the sun on the Bay of Bengal.

Day 7: Puri / Konark / Puri
After breakfast, your tour in East India continues. Visit the 12th-century Jagannath Temple. The temple is closed to non-Hindus, but its carving and moldings—as well as its 190-foot tower—can be viewed from the outside. Later, visit The Temple Chariot of the Sun God, the elaborate, 13th-century architectural wonder on the Bay of Bengal.

Day 8: Puri / Bhubaneswar
Drive back to Bhubaneswar, visiting a village dedicated to appliqué—old Orissan temple art—along the way. Later, marvel at the Dhauli Ashokan rock edicts on the banks of the Daya River. They were the works of Emperor Ashoka, ruler in the 3rd-century BC and perhaps Buddhism’s greatest benefactor.

Day 10: Bhubaneswar / Kolkata / Lucknow
Fly to Kolkota and then onward to Lucknow, which was once the literary locus of Mughal India. Enjoy a tour of this historic city, including the Great Imambara—a majestic 18th century Muslim congregation hall—and the British Residency. Then wander the chowk bazaar, where you may witness the ancient practice of perfume making.

Day 11: Lucknow
Today, explore more of Lucknow, including Hazratganj, the modern marketplace that gives you an insight into everyday life in the city. In the evening, savor some local cuisine at Nawab’s Haveli. The cuisine in the region was made popular by the Nawab of Awadh who, to deal with food shortage, ordered his men to cook food in huge handis(vessel) to feed the hungry people.

Day 12: Lucknow / Varanasi
Fly to Varanasi, India’s most sacred city and one of the world’s oldest. Witness an illuminated “Aarti” ceremony and wander the bramble of alleys of this 3,000 year-old sacred city, a jumble of voluminous humanity and deep devotion that Mark Twain called “ older than history.”

Day 14: Varanasi / Delhi
Travel to Delhi today. You will experience the many facets of this captivating capital—both the modern and the ancient—as you explore both New and Old Delhi.

Day 15: Delhi
Experience Old Delhi, from the opulent Red Fort and massive Jama Masjid mosque to the narrow bustling lanes ofChandni Chowk. New Delhi’s Gateway to India and the Presidential Palace showcase modern history, yet the 12th century Qutub Minar and Humayun’s tomb show that even this new part of town has an ancient past. Walk throughNizzamuddin Basti (colony), a medieval settlement where the tomb of the famous 13th century Muslim Sufi Saint Nizzamuddin Auliya is located.

Your East India tour comes to an end as you transfer to the Delhi airport for your flight home.

This is just a suggested itinerary—we’d be happy to customize an itinerary to fit your needs. Whether you’d like to choose your own dates, would prefer a shorter or longer journey, would like to mix and match accommodations or simply need something to fit your budget, please contact us at 877-255-7438 or email us at info@geringerglobaltravel.com to discuss how we can create a personalized India tour for you.