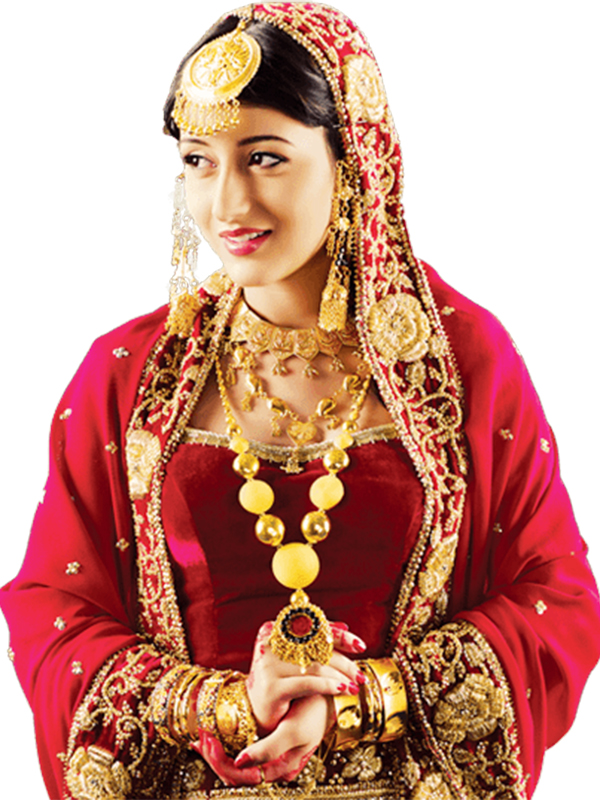 Jewel Route From Kashmir To Kanyakumari

Potentates and princes, aristocrats, and commoners–If there is one centuries-old link that binds them together in India, it is the love of jewelry. Gold, silver, gemstones, semiprecious stones, pearls–India’s jewel craft is a richly written narrative that finds its roots in its ancient treatises, where it’s up there from everything from the tenets of law, architecture and weapon making.

In Kautilya’s Artha shastra, we find details of how kings kept special workshops for the goldsmith’s craft and how the royal ateliers were created to make their personal jewelry. The obsession with rare gemstones reached its zenith during the Mughal period. In India, the family jeweler is a unique, ancient tradition. For the hiranyakara or sonar visited and worked at the homes of people where he was entrusted with the family gold, precious stones and tasked to make and reinvent jewelry. 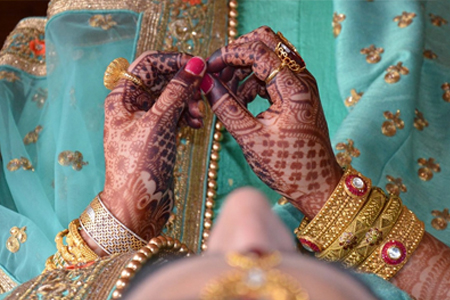 Simultaneously, a celebration of the human form and its timeless connection with the cosmic forces, Indian jewelry has translated the art of ornamentation into an intrinsic part of ordinary life.

Tracing this heritage across the length and breadth of India in its urban, rural, and tribal spaces makes for a fascinating insight into one of the country’s most enduring and alluring traditions. Traveling through the glorious landscapes of the Kashmir Valley, you might come upon a young bride enjoying shikara ride or a turn in one of Srinagar’s legendary Mughal Gardens. Look closely enough at her attire and you will find her adorned with some traditional dangling earpiece such as the dejhoor and thick golden bangles known as kaskar, worn by married Kashmiri Pandit women as a symbol of their marital status. 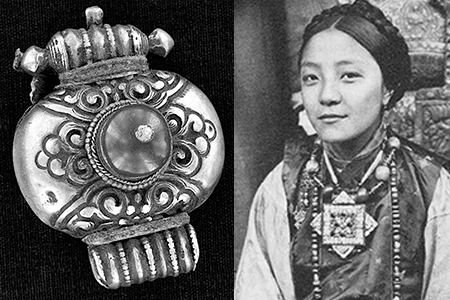 Given its proximity to the Tibet, one finds a common link between the jewelry forms of Ladakh and the inter-cultural influences of its Himalayan neighbor. The ga’u (traditional amulet container) that Tibetan women wear is a common ornament amongst the Buddhist tribal women in this sub- Himalayan region. They wore it as a part of the elaborate headgear that they favor. In the Kinnaur region, the ga’u transformed into the popular shtungma or the massive silver charm boxes suspended on a thick waist cord; they are also teamed with the mul-u with its cascading chains of pipal leaf shaped pendants, worn on the sides of the head. 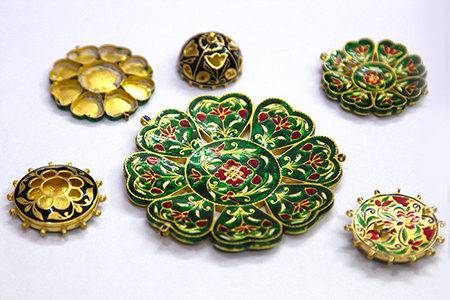 In Jaipur, in Rajasthan, seek the exquisite minakari enamel work, also to be found in Varanasi and Lucknow. At Bikaner you will swoon over the stunning kundan work (precious stones of the highest standard embedded in 24-carat gold). The Mughals were fabled for raising both these traditions to an art form in the royal ateliers. A Banjara woman’s pride is her necklace of silver discs (patti) and a central pendant.

In the jewel streets of Amritsar in Punjab, kundan work reigns supreme. Amongst the most popular wrist ornaments is the lahsun ki paunchian, the linked units of which are shaped like garlic cloves. 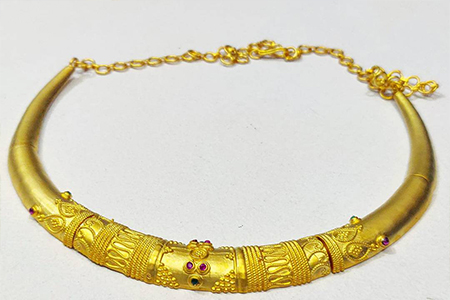 In the jewelry shops in Kolkata, you will discover traditional Bengali neckpieces such as the stunning, almost waist length Chandrahar chain, embellished with links of gemstones or medallions or the collarbone clinging hansuli. We can see its colonial influences in the gem studded ornaments featuring faceted stones rather than the native cabochon style and the European claw setting technique. 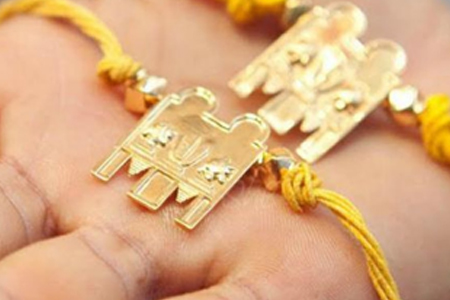 In South India, the gold neckpiece–the thali/tali (the North Indian mangalsutra), is one of the most important pieces of bridal jewelry in the region. Tamil Nadu calls it the thali, while in Kerala it’s called Minnu. In Mumbai’s jewelry shops, set your sights on the pearl jewelry – in particular the earpieces and the very distinctive, large nath (nose ring) studded with pearls, a diamond and some precious stones. Popular lore has it that the nath found its way to India in the 7th century by the route of the nose rings worn by Assyrian slaves. The popularity of pearl jewelry amongst Maharashtrians dates back to the days of a brisk trade with the Arabs, by the Marathas, for horses, and in time, the legendary Basra pearls. 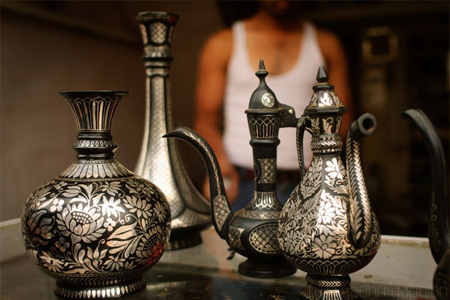 While pearls were also popular in the erstwhile state of Hyderabad, in the museums, you’ll come upon some exquisite examples of swords and daggers with the much favored embellishments of the black and silver inlay bidri work.

India has an over 5000-year-old unbroken tryst with jewelry. Now, on every journey you make around the country, why not uncover more stories about this fabulous tradition?

Explore our collection in India