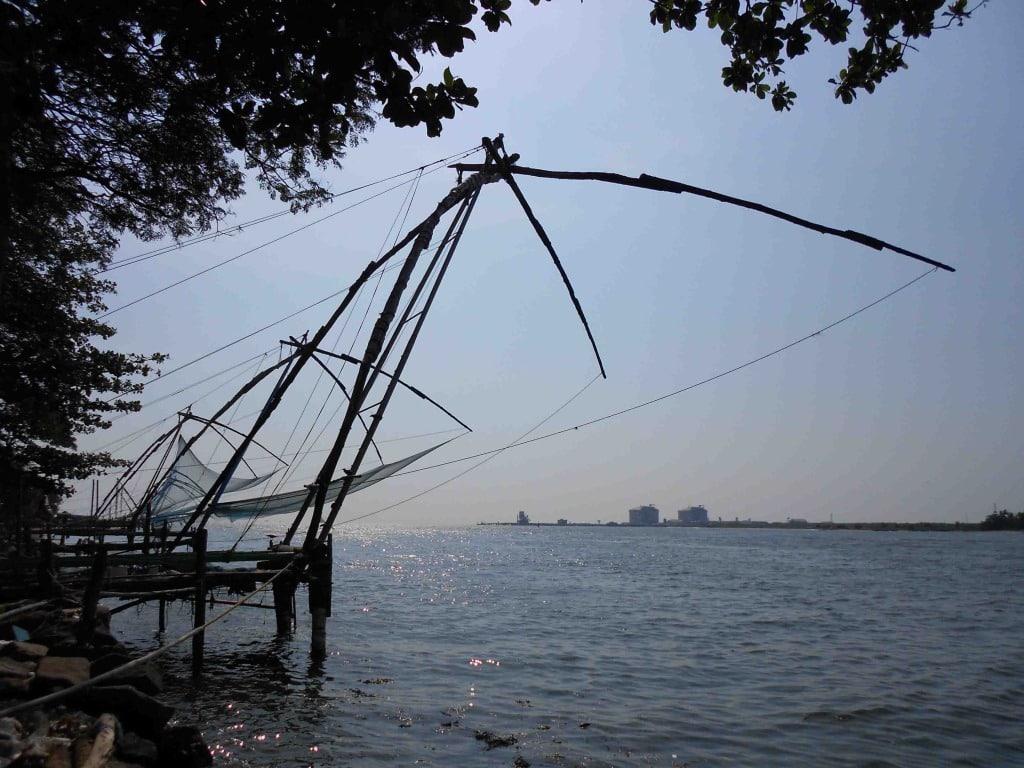 Kochi, in the state of Kerala, is known for many things: its elaborate fishing nets, its sunsets over the sea and the influences left behind by centuries of visiting traders and settlers from as far afield as Portugal and the Netherlands.

The Chines Fishing Nets in Kochi. Photo courtesy of Wikimedia

However these days it is art that the southern Indian former colonial Â city is fast gaining a solid reputation for. Over the past few years, Â Cochin (also known by its contemporary name Kochi) has emerged as the country’s pre-eminent art destination. A large part of this is thanks to the Kochi-Muziris Biennale, a bi-annual art show lasting a few months at a time. The second biennale wrapped up in March this year, attracting tens of thousands of visitors from around India and the world to its numerous venues. The 2014-15 biennale was curated by highly-regarded Indian artist Jitesh Kallat, and featured the work of 92 Indian and foreign artists, including Yoko Ono, the Eames brothers and Anish Kapoor. 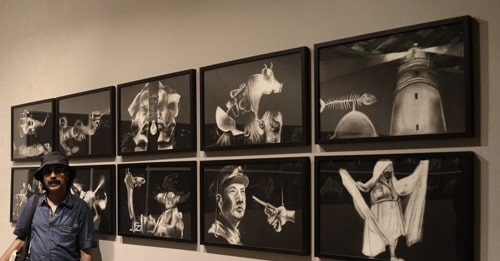 Madhusudhanan in front of his installation ‘Logic of Disappearance’ at the Kochi-Muzris Biennale 2014-15. Photo courtesy of Wikimedia

Even before the biennale was launched, Cochin was already home to numerous art galleries and antique hubs. Some of the art is average but much is beautiful: pencil sketches of rotund Ganeshas, lush tropical scenes, watercolours of streetscapes. And, importantly,artworks are generally far more reasonably priced than those one would see in major cities, as often they are coming straight from the source. Local galleries here take just a nominal fee to sell the works of local artists.

Most visitors to Cochin prefer to stay in the historic Fort area of the city, which is walking distance to most attractions, including the Church of St Francis, once the resting place of Portuguese explorer Vasco da Gama. The 16th century church is still functioning and its light, airy interior offers visitors respite from the heat of the midday sun. It, along with other examples of spiritual architecture, is a reminder of Cochin’s long and varied history. As well as the Church of St Francis, you will also find the Santa Cruz Basilica and the Jewish Synagogue – a hallmark of Cochin’s long Jewish connection, which stretches back around 2,000 years. 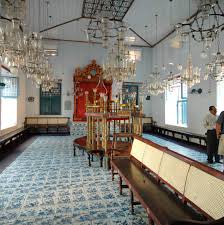 But if it’s art you’re in town for, Cochin certainly delivers. The Kashi Art Gallery, established 12 years ago, is a former Dutch home transformed into one of the city’s most visionary art spaces. The complex also houses the Kashi Art Cafe, a compact gallery in front with a tropical courtyard cafe in the back.

Another art space is David Hall, in the central Fort area. It occupies part of a 300 year old Dutch bungalow, and aims to be a complete cultural centre, also hosting exhibitions, live performances, film screenings and workshops alongside art shows.

Vancasso Art Gallery is a top destination for those wanting to buy an affordable artwork, while Pepper House, a former dockside warehouse, is now an art gallery, artist studios and event space, as well as hosting an artist residency program.

There are other galleries and art spaces to check out â€“ but the best thing, as always with travel to an exotic destination, is to just wander the streets, and see which gems emerge.