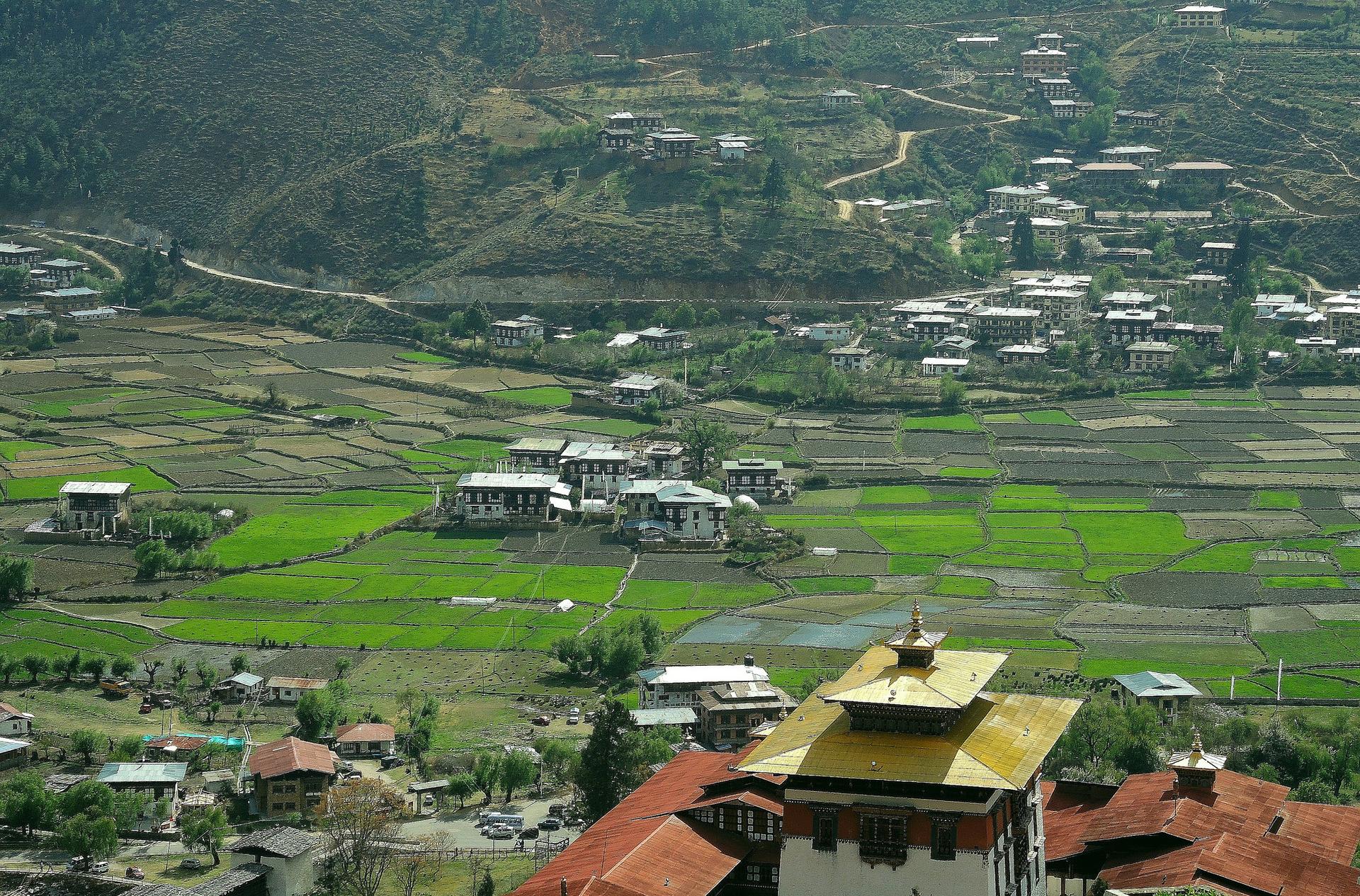 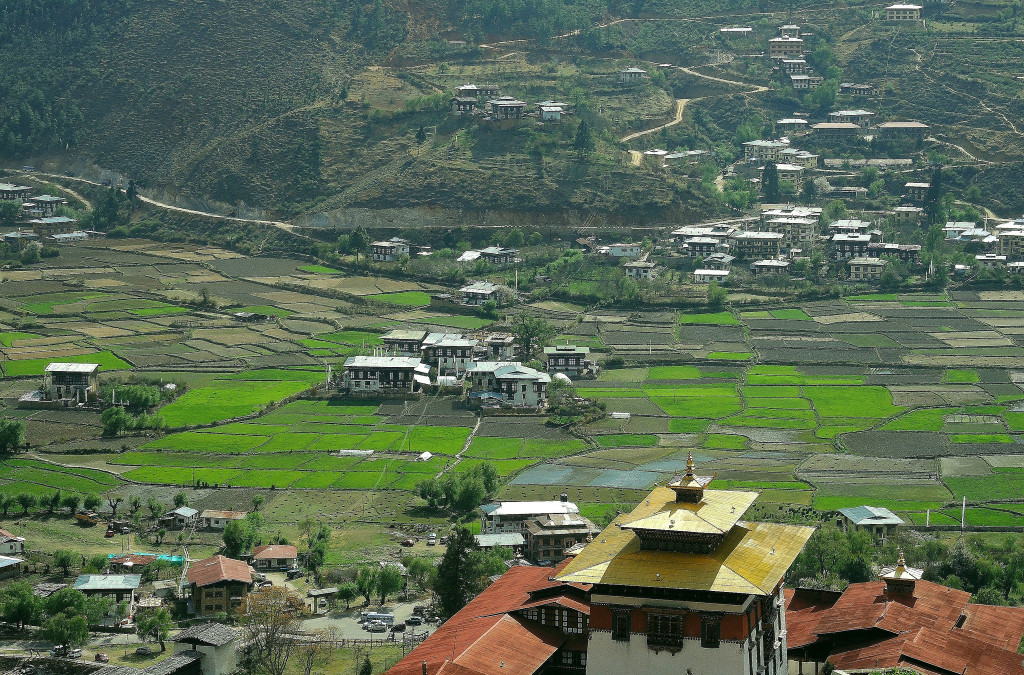 Bhutan, the one-time reclusive kingdom that is tucked high in the Himalayas between India, Nepal and China, is like no other place in the world. Its geographic isolation long kept it quarantined from outside influences, and only in recent decades has it started to open up, albeit with great thought and caution. Currently, there is just one international airport – in the biggest patch of flat land that could be found in this mountainous country, in the town of Paro. It is a beautiful place, dotted with clusters of farmhouses built in the traditional Bhutanese style, alongside rice paddy fields and the odd resort.

Bhutan has always been known as a mystical land of low-hanging clouds hugging hilltops, of saffron-robed monks and steep mountain passes, a Shangri-la where the environment is free of pollution and polluting influences. Even now, it clings to those qualities which set it apart. Prayer flags and chortens dot the countryside, while the world’s largest seated Buddha is a recent addition to the hills surrounding the capital Thimpu. 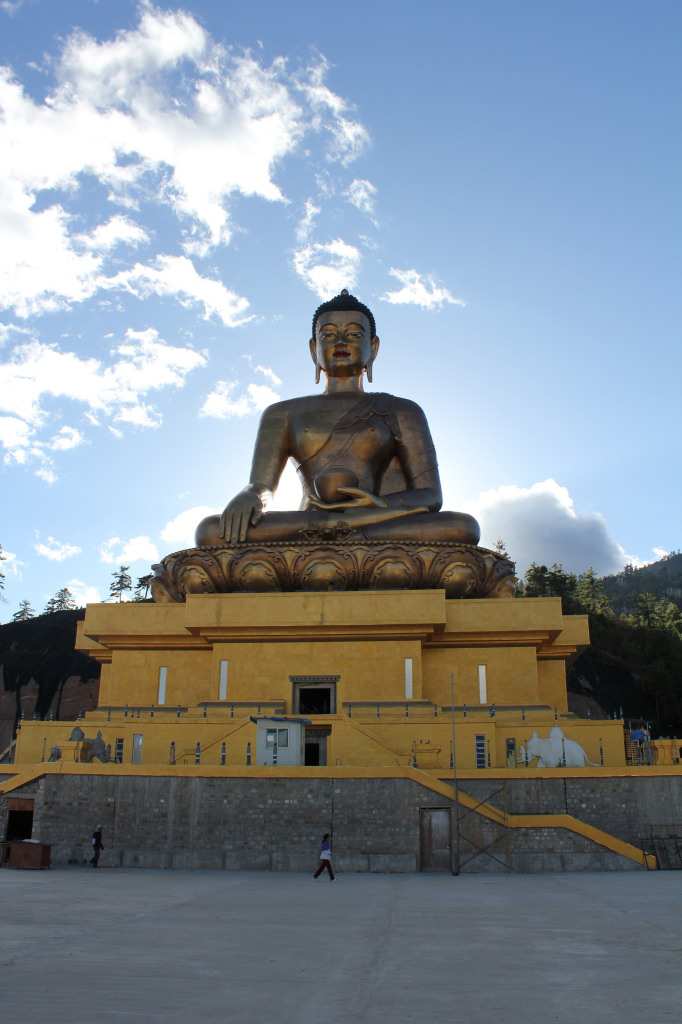 The Shakyamuni Buddha statue in Thimpu. Photo courtesy of Arian Zwegers via Flickr

Bhutanese people are ever-mindful of the impact they have on the environment. It is compulsory for the country to be at least 60 percent forest, however currently that figure stands at more than 70 percent. It is compulsory for Bhutanese buildings to appear traditional, from the outside at least, so all buildings, regardless of age, are in white and ochre, with timber supports, carved wooden frames and often bearing intricate paintwork. The requirement is one of many dictums conceived by Bhutan’s rulers to retain its unique character, as the country slowly opens up. Government workers are required to wear national dress – a tunic called the gho, and a straight woven skirt and silk jacket for women, called the kira and toego respectively. 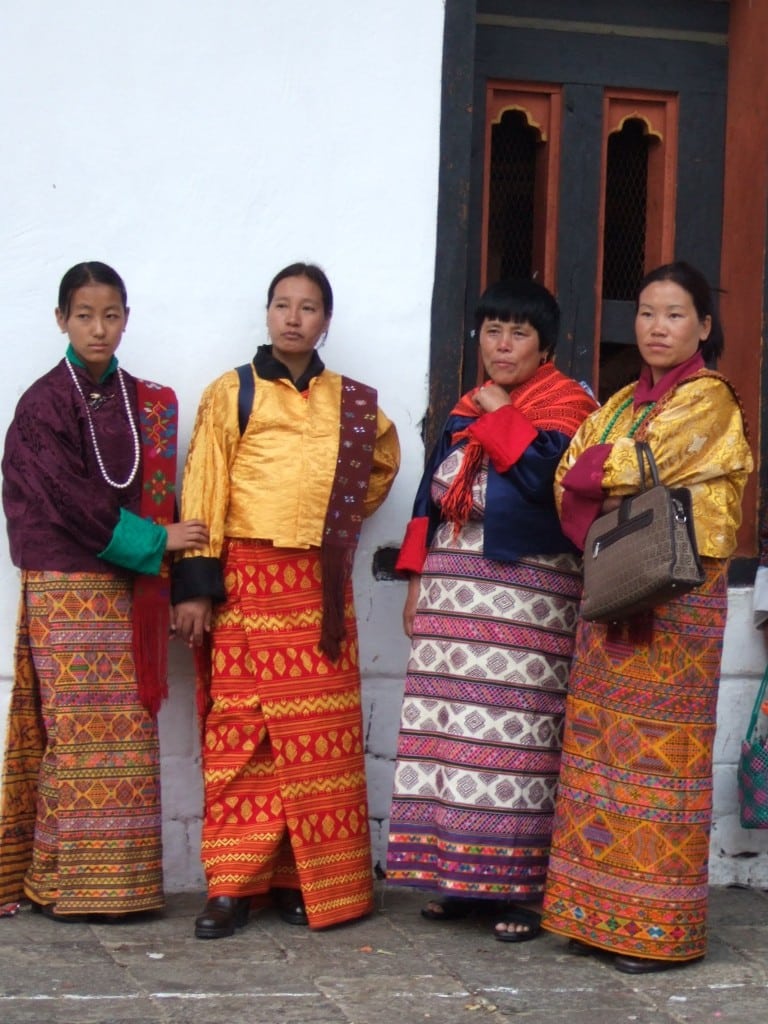 Television was only permitted in 1999, and the first democratic elections held in 2008. The Bhutanese embrace their traditions and, generally, support the strict laws that keep them in place.

Despite efforts at one point to keep foreign visitors at bay, Bhutan is now actively working to attract more tourists than ever. More small regional airports have been built, so visitors don’t have to spend many hours in cars on winding mountain roads, while new hotels are being built, with more incentives to make them all at least three stars. 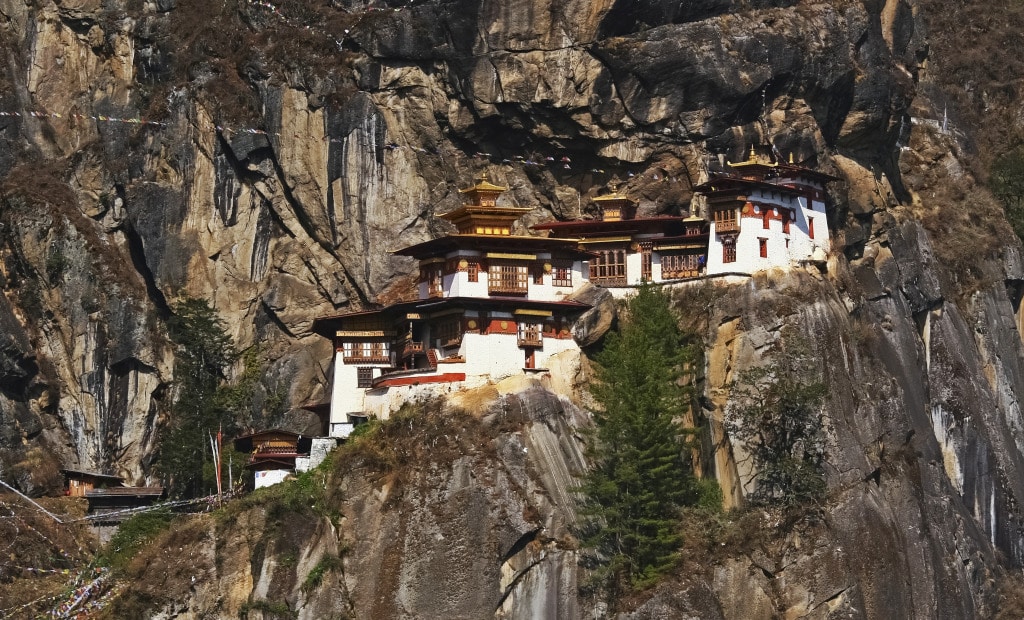 While Paro is small, with just a few main city streets, the capital Thimpu is sprawling, with tightly-packed blocks and dual-carriage roads. But notably, there is not a single traffic light in town. It has the appearance of a thriving Asian city centre – but one that’s spotlessly clean, full of cheerful pedestrians and ringed by snow-capped peaks. One of the defining characteristics of Bhutan is its long-held official government policy of Gross National Happiness: of prioritising happiness above GDP or other monetary measures. Some might say it is an ambitious target, but those who visit realise very quickly that Bhutan’s unique mix of modernisation and tradition, nature and urbanisation, make it a place where happiness can thrive with ease.