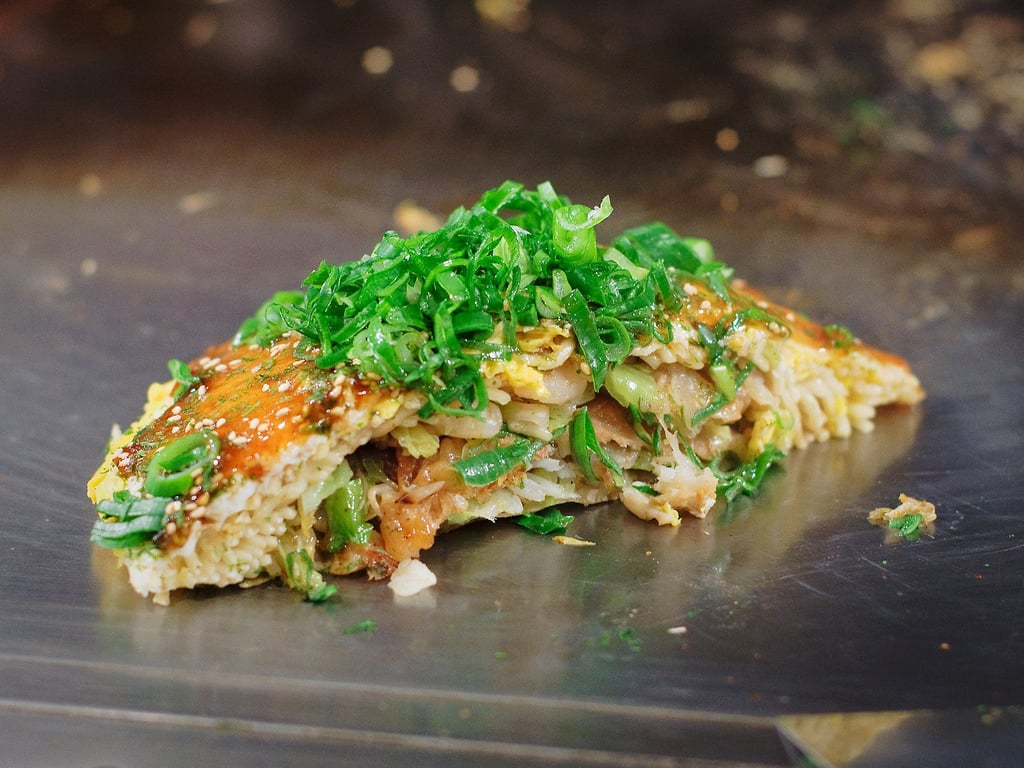 Our Five Favorite Street Foods From India And Asia

When you’re travelling, there’s nothing more rewarding than a stroll through the bustling streets of the towns and cities of the country you’re exploring. Immerse yourself in the sights, sounds, tastes and smells of a new culture, up close and personal. While you’re wandering, people watch and check out the tasty morsels of street food vendors cook up on the side of the road. There are few travel experiences more authentic than eating the local street food, especially when you might not even be sure what you’re tasting!

I’ve eaten a lot of street food and here’s our short list of five favorites from India and Asia. I’ve chosen foods you can eat while you’re walking, all the better to keep people watching. I warn you – don’t read this on an empty stomach! 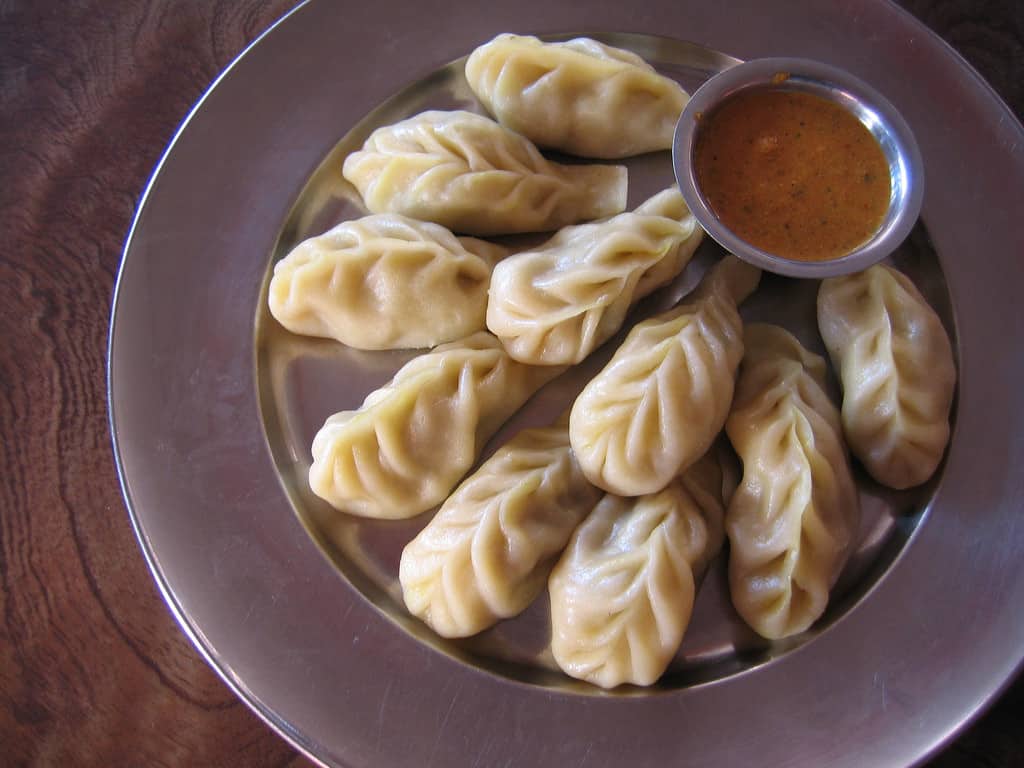 These delicious stuffed dumplings can be found right across the sub-continent and across Asia, although they might have different names in different places. Momos are typically made from a flour and water casing and are filled with a mix of ingredients according to local custom. They can be steamed or fried. There are no limits to the variety of momos on offer spanning the spectrum from vegetarian to dairy, with meat and seafood along the way. Most importantly, your momos should always come with a tasty dipping sauce.

Samosas are a crispy baked or fried triangular shaped pastry with a filling that varies according to where you’re eating your samosa. In India your samosa will usually be vegetarian and potato-based, while in other countries they may be filled with a meat and vegetable or seafood and vegetable mixture. They are often eaten with a spicy chutney or a soothing yoghurt sauce such as raita. Samosas are a generously sized snack and very filling!

Chicken on a stick 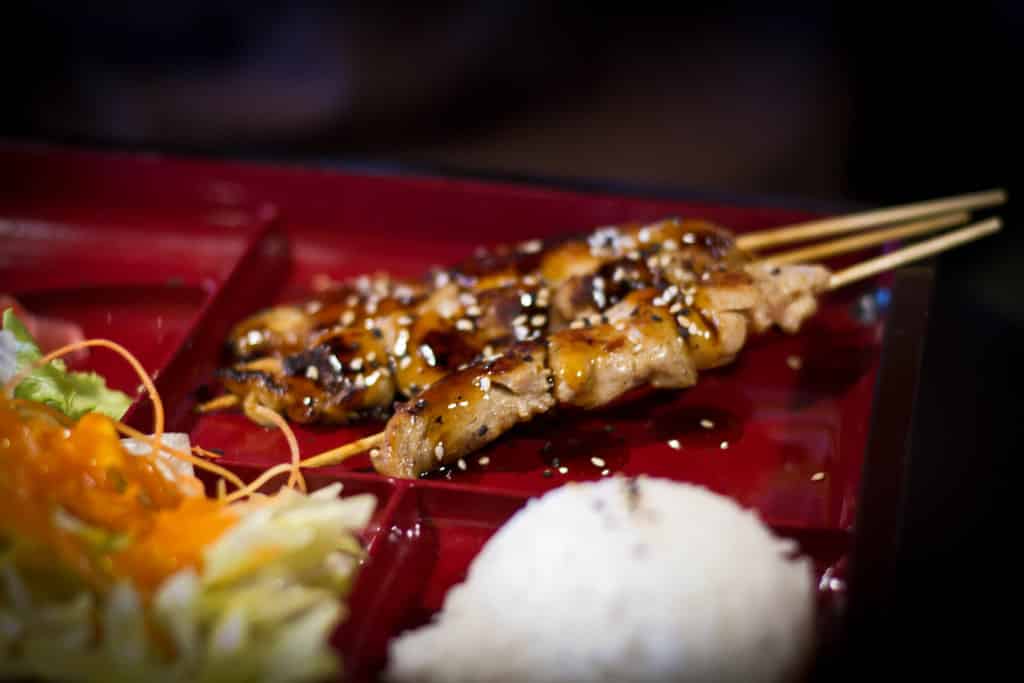 Almost without exception, most countries will have some variation of chicken on a stick for you to enjoy. Whether it’s satay in south-east Asia, dakkochi in Korea; tandoori in India, or teriyaki in Japan, you’ll find these tasty morsels wherever you go. You can often find tofu or other vegetarian alternatives as well. Make sure you buy a few, as one is never enough. 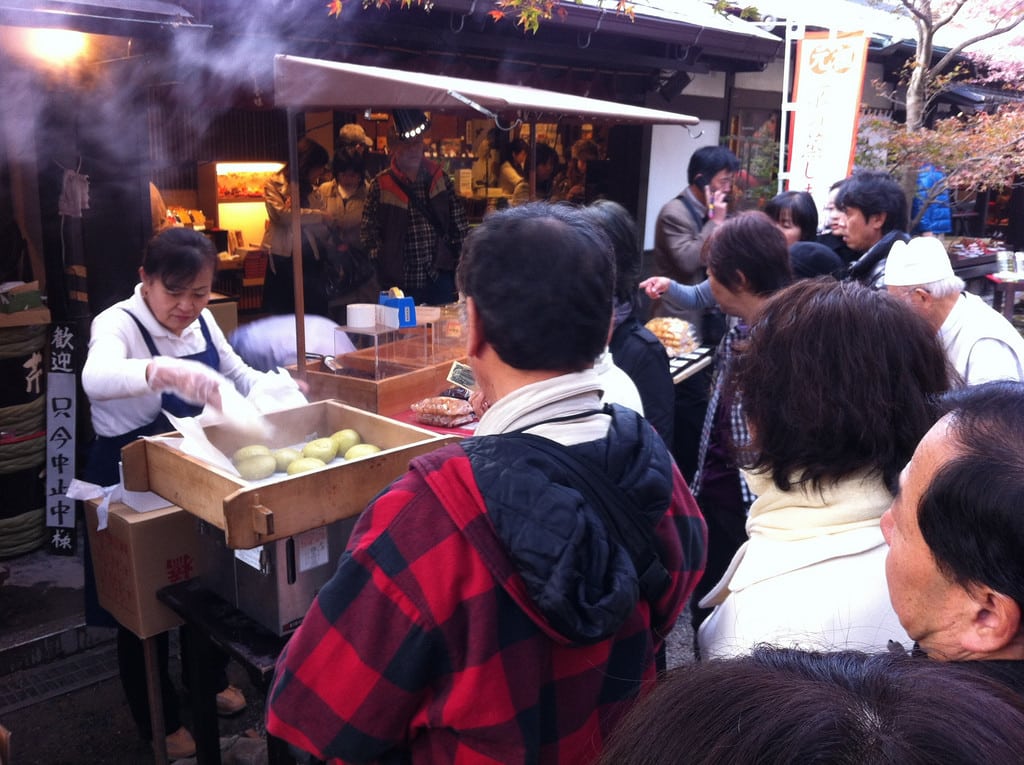 There are two main types of steamed buns you are likely to come across. Taiwanese style gua bao are open buns that look a bit like a very pale hamburger. The filling is often a combination of pork, peanuts and pickled or fresh vegetables. There are also vegetarian adaptations available. The other type of bun is a closed Chinese style bun or baozi which is filled with Chinese BBQ pork or sweet red bean paste. These buns are sweet and filling and very moreish. 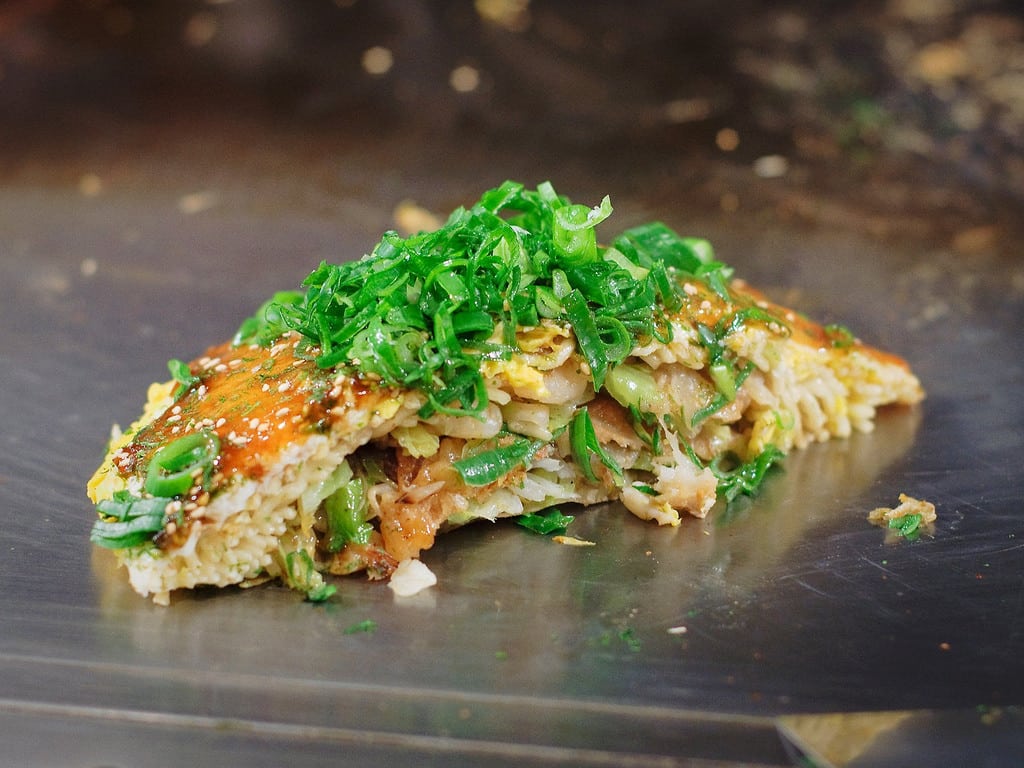 Like chicken on a stick, nearly every culture has its own version of a portable pancake which makes the perfect street snack and can be as filling as a whole meal. We love okonomiyaki from Japan, Jianbing when we are in China for breakfast, and roti from across the Indian sub-continent and south-east Asia. Each vendor will have their own unique interpretation of these savory and hearty meals that are food and utensil all rolled into one.