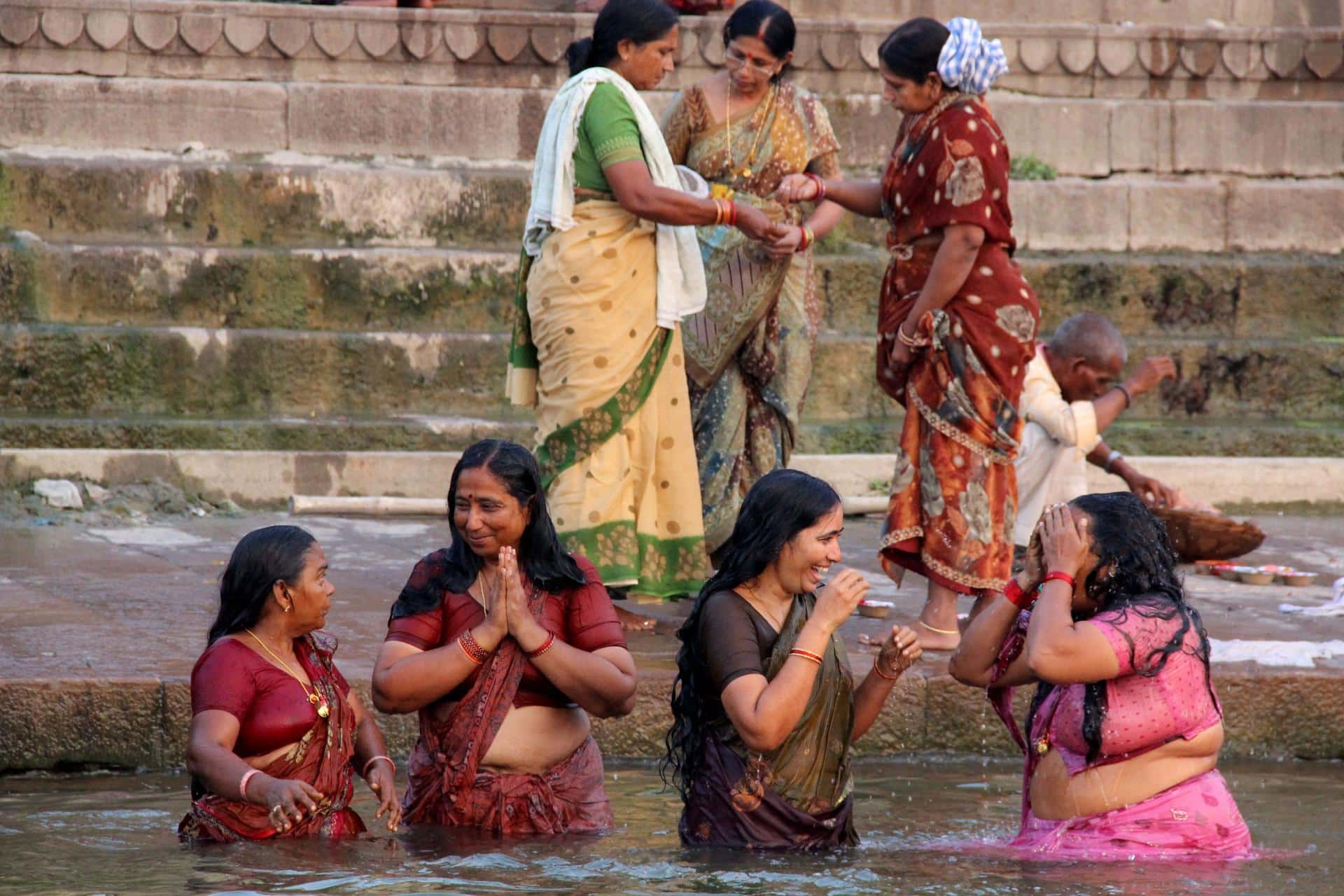 The Secrets Of Spiritual Varanasi

Varanasi has lived through several incarnations. The city, variously known as Kashi or Benaras is supposedly one of the longest inhabited cities in the whole world. It’s also a revered pilgrimage spot for India’s one billion Hindus who hold it as the holiest of seven holy cities; to visit Kashi is essential, to die there is to attain salvation, and a dip in the holy Ganges river absolves all sin. Varanasi also draws Buddhists, who come from across the world to visit nearby Sarnath, where the Buddha preached his first sermon. There’s plenty to see even if you’re not seeking spiritual enlightenment, Varanasi is the quintessential Indian town. 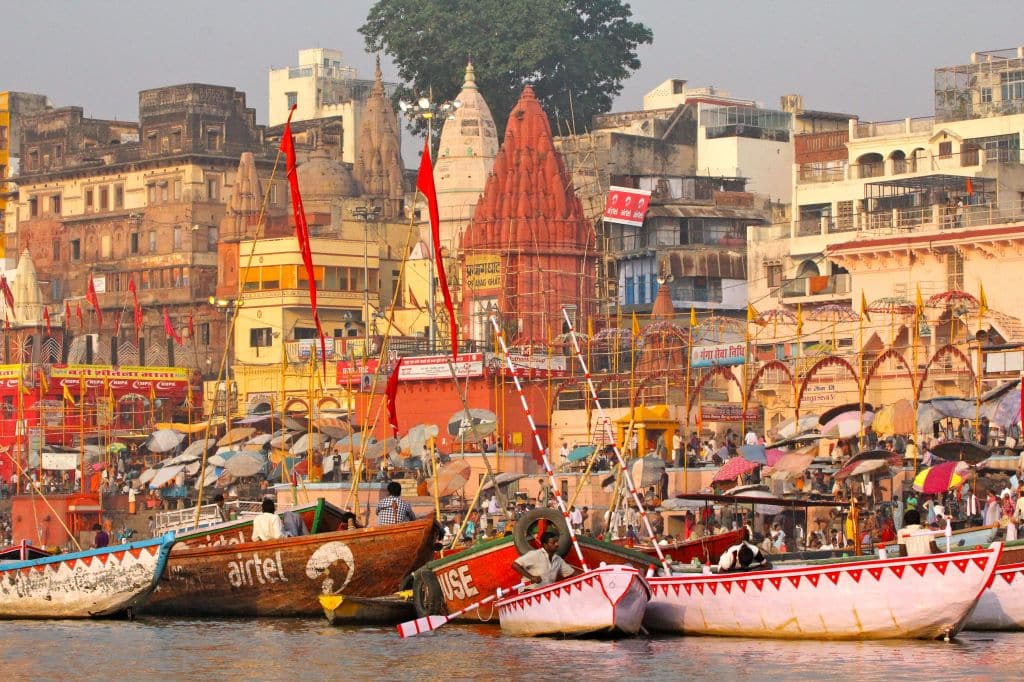 When you’re there, there are a few things you absolutely must do. Think of it as your own pilgrimage.

1. Get permission from Kaal Bhairav

Bhairav is another name for Lord Shiva and he is supposed to be the guardian or kotwal of the city. It is said that to enter any of the holy ghats, you first have to seek his blessing. The Kaal Bhairav temple is fairly small but it’s a good place to start your pilgrimage. The legend is interesting and the atavistic deity is definitely worth a look, he’s been guarding the city since about the year 490. The shrine is at Visheshar Ganj. Although he’s covered in flowers, see if you can spot his mount. This incarnation of Shiva is seated on a dog.

The biggest, best known temple in the city of Varanasi is also a Shiva temple and is famous for its tall gold spire as well as the numerous shivlingas – over a thousand have been donated and placed here by devotees who have had their desires fulfilled. Be careful of the monkeys as you take in the prayers and ceremonies that are always on. Also, carry your passport, but nothing else in. No cameras or phones are allowed in. There is no shortage of temples in Varanasi, but once you’re done admiring this temple, go visit Annapoorna, the goddess of nourishment, in a smaller temple just up the lane.

3. See the sunrise on the ghats 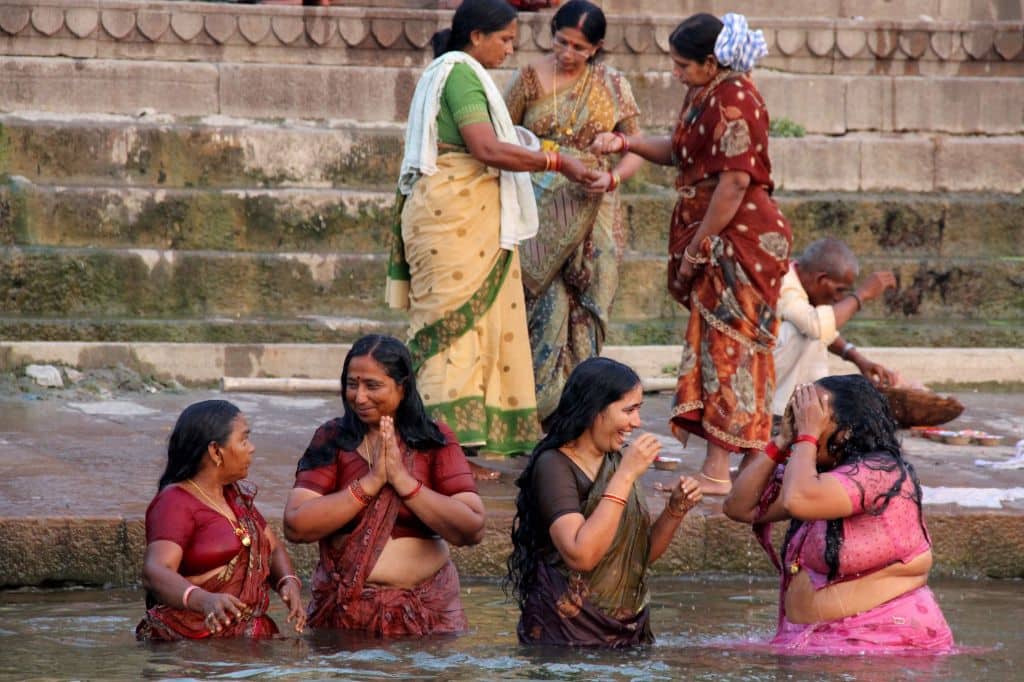 You’re bound to go to the ghats, the steps that lead to the holy river Ganges along the western bank. There are more than 80 ghats, but don’t worry if you can’t see more than a handful. Watching the sun rise over the stairs and the river is a wonderful way to start your day. The bonus is you can get more done before the sun gets too high. Start at Assi ghat and work your way up if you’re on foot. Another good way way to see them is from the river but for that, start from the north and drift down with the current for an incredible view of all the major ghats – lalita Ghat, Dashashwamedh Ghat, Panchganga Ghat, and of course, the Manikarnika and Harishchandra Ghats, where Hindus cremate their dead. 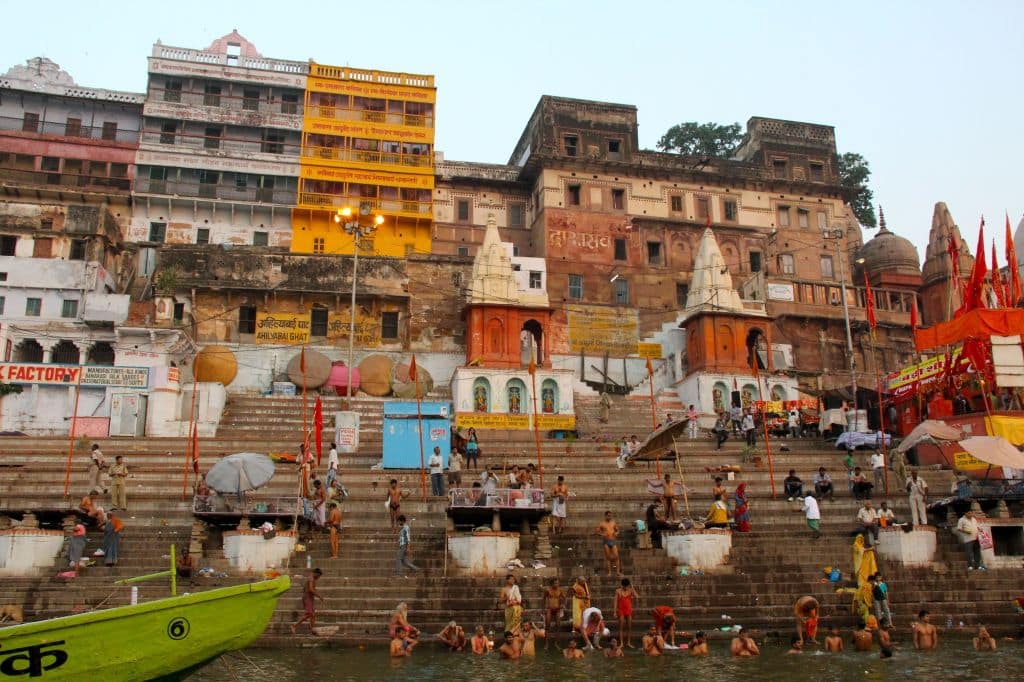 Every evening, priests conduct a public prayer ceremony or aarti at the Dashashwamedha Ghat, where 10 horses were once sacrificed by Lord Brahma, the creator of the universe in the Hindu pantheon. You can watch the Agni Poojan or fire worship from the ghat steps or from a boat in the river. It’s fairly tranquil despite the crowds. If you have the time, visit the Jantar Mantar astronomical observatory at this ghat before the aarti.

5. Sample the local treats of Varanasi

Varanasi is known for its beautiful textiles, so if you’re in the mood for buying a saree, this would be a great place to purchase. But don’t miss out on the local food. The whipped yogurt lassi is a treat and so is the betel leaf digestive paan – an acquired taste but one you must try at least once. Expect mint and rose as well as pungency all in one bite. In Lanka, try the savory chaat and local sweets at Ksheer Sagar or one of the Mishtan Bhandar chains. And do try the pickles. Every small store sells homemade pickled vegetables – from mango to lemons and red chillies. Sample and take a small bottle home.

If you have the stomach for it, do round out your visit to the famous burning ghats, where cremations happen. To die in Kashi is supposed to give a soul eternal salvation and escape from the Karmic cycle of rebirth. It can be a bit overwhelming, both to see and smell, so be sure you’re prepared for it. Harishchandra Ghat is the smaller of the two and Manikarnika, which means “great cremation ground” is the larger. 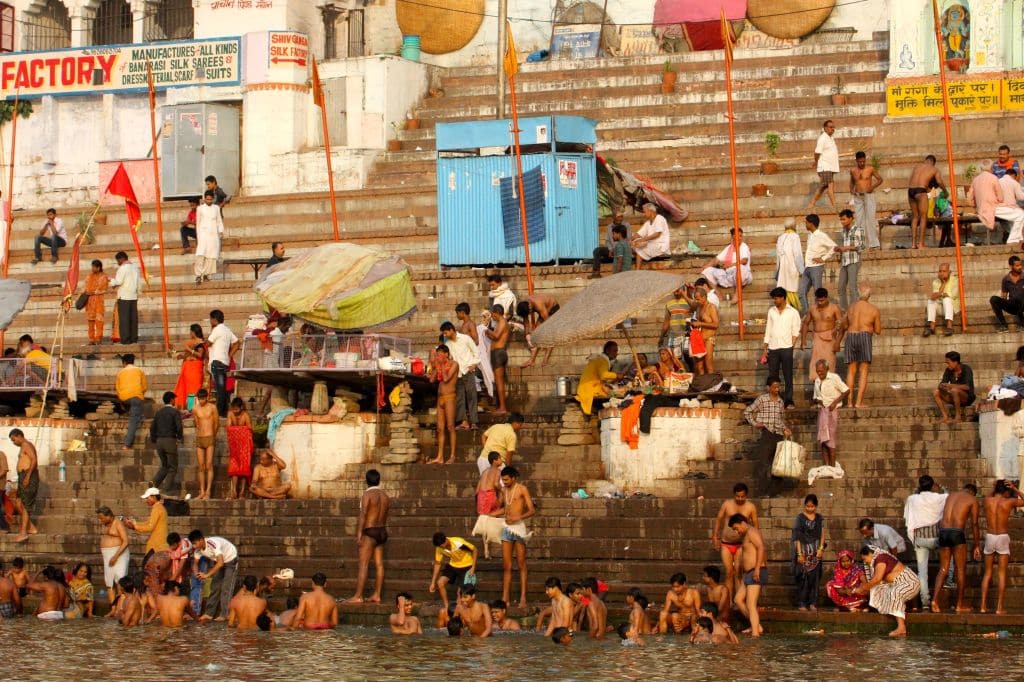