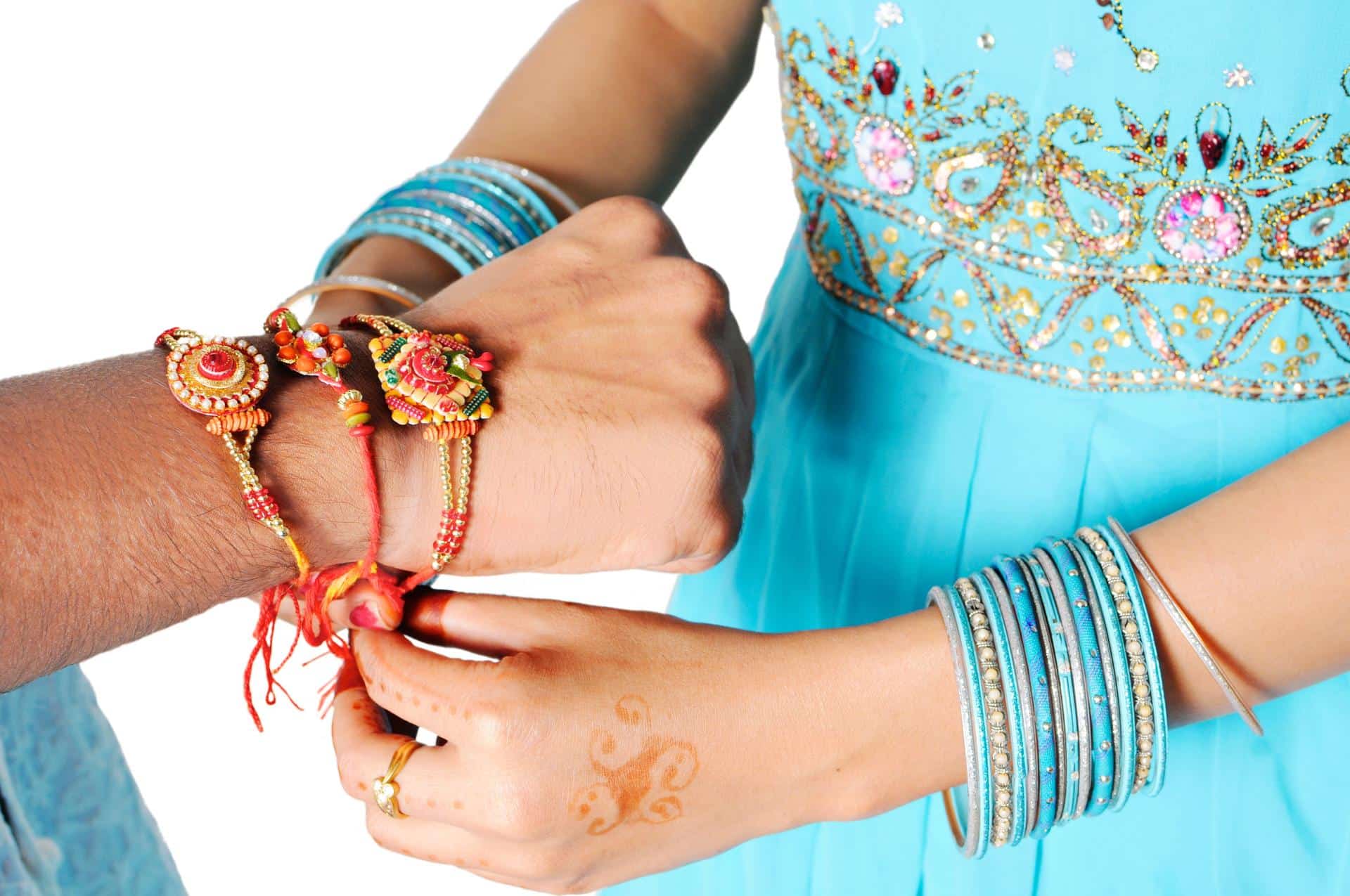 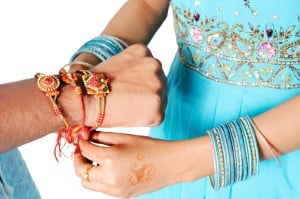 The Raksha Bandhan Festival takes place on the full moon day of the Shravan, better known as August 10th this year. This wonderful Hindu festival is celebration of the bond between brothers and sisters.

To celebrate, sisters will tie a sacred string called a Rakhi onto their brother’s right wrists and passionately pray for their long and happy life. The brothers, in return, reaffirm their promise to defend their sisters against any evil that may befall them and offer them a small prize or trinket.

A Rakhi is traditionally anything from an ordinary string to a beautifully decorated silk string adorned with gems and charms. However this year, vendors have reportedly begun selling their Rakhis with modern cartoons and movie figures which both children and adults are buying in droves.

Some of the historical tales of the Rakhi exchanges are quite fantastical. It is believed that the idea originated when Lord Indra was locked in a great battle facing many demons and it was feared that he would not be victorious. He consulted Guru Brihaspati for advice on his battle but before he could answer his wife Indrani spoke. She said, “You have my word that you will be victorious.” She then tied a Rakhi with a beautiful charm on his wrist. The next day the demons fled at the sight of his Rakhi bracelet and he won his battle.

While traditionally this festival is meant for blood siblings it can be celebrated by anybody who feels a brotherly or sisterly love for one another. This festival is a great reminder to Hindus and all of India that people should take care of one another as you would with your brother or sister.

If you would like to partake in this heartwarming festival yourself while on your luxury India vacation please contact Susan Geringer at 877.255.7106 or visit www.staging.geringerglobaltravel.com