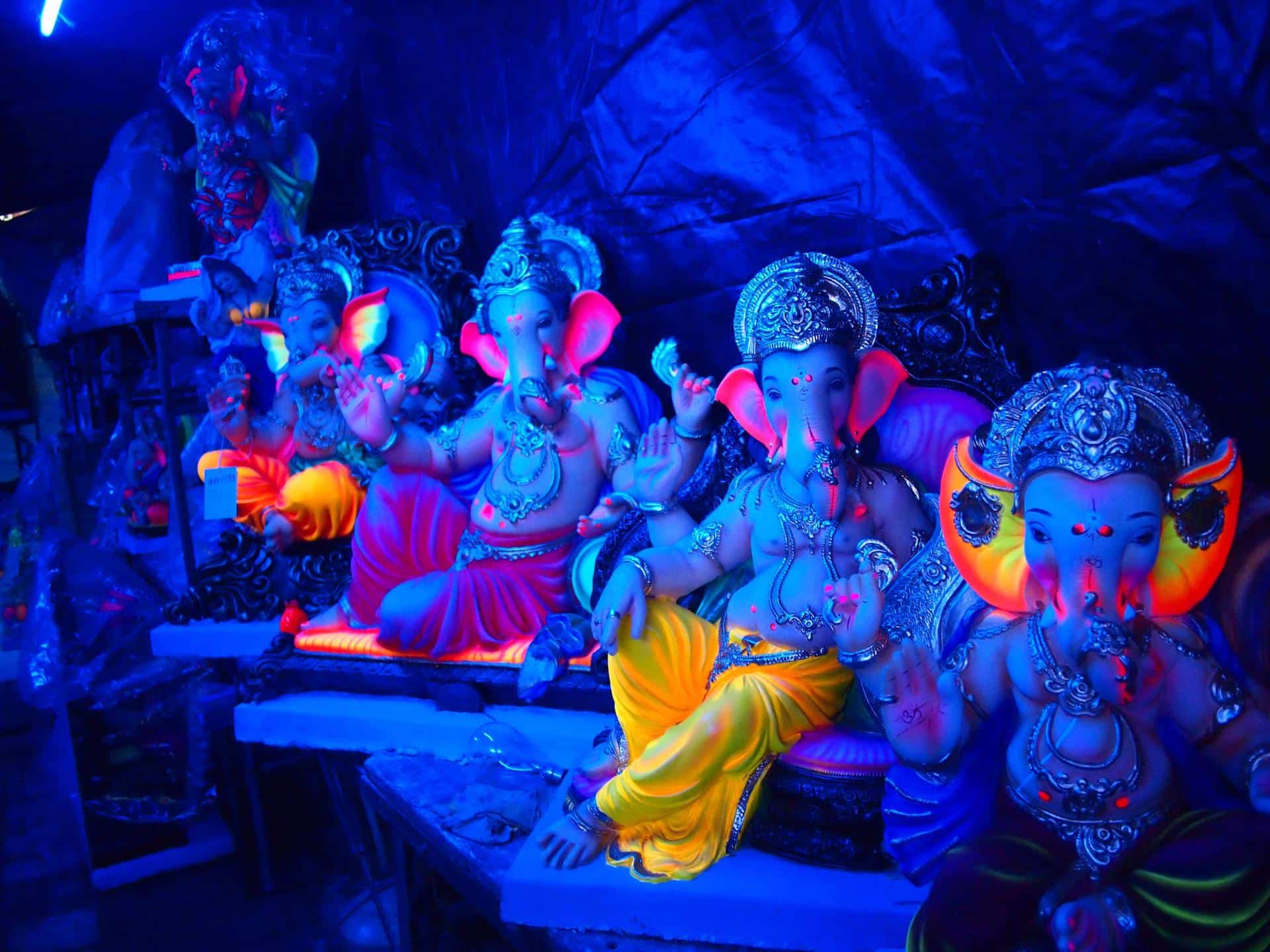 A long, long time ago, or so the story goes, Lord Shiva was called away on some godly errand. At home on Mount Kailash, his consort, goddess Parvati, went for a bath and couldn’t find a suitable guard to ensure her privacy. So, from the turmeric paste she’d have used for her bath, she fashioned a little boy and breathed life into him, calling him Ganesh and she instructed him not to let anyone cross the threshold.

Just as she went in for her bath, Shiva came home and demanded to see her. Ganesh, understandably, refused to allow this stranger in while his mother needed her privacy. The child’s cheek incensed Shiva so much, he cut off his head.

In her anger and grief at the boy’s loss, Parvati threatened to destroy the world. To placate her, Shiva agreed to bring Ganesh to life…but, there was a slight problem: they couldn’t find his head. Shiva sent his sentinels, the ganas, to bring back the head of the first living thing they found, which happened to be a baby elephant. And Shiva fixed the elephant’s head on the boy’s body and brought him back to life. That’s how Ganesh, the rotund god with the elephant’s head, was rebirthed. 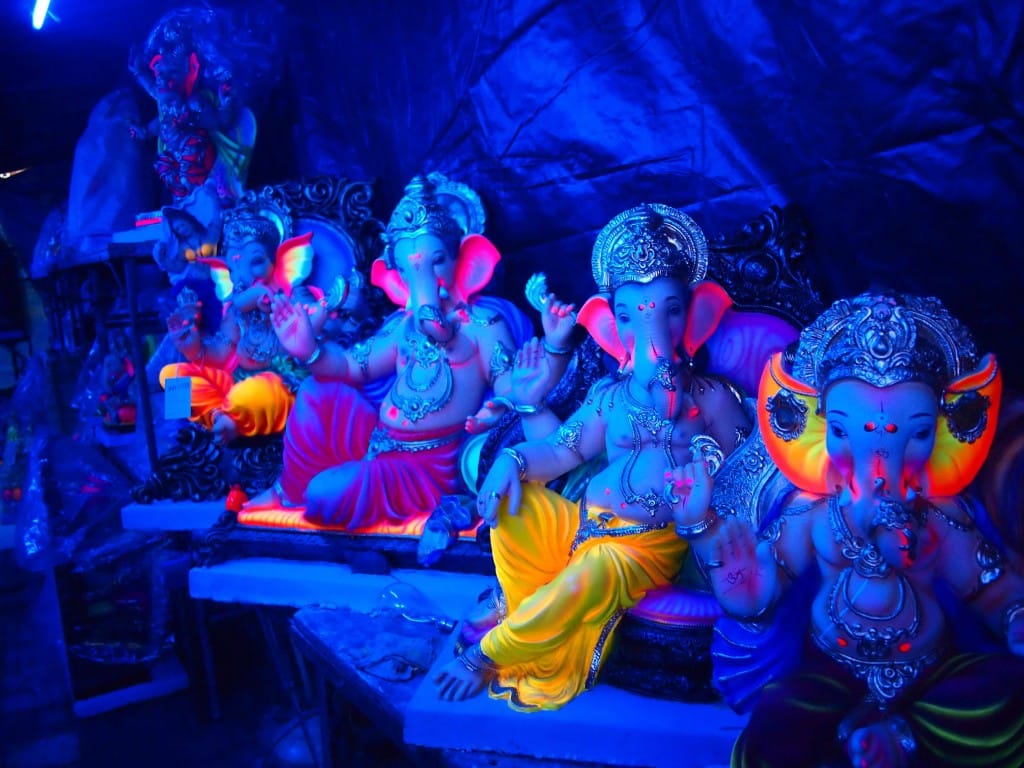 Ganesh, also called Ganapati (both of which mean “leader of the ganas”), is worshipped all over the country as the remover of obstacles. It is believed that starting a new endeavor after invoking his name brings good fortune and luck. But it is in the Western state of Maharashtra where he’s given prime status in the pantheon.

In the fall, Mumbai, Pune, Nasik and the rest of the state are swept up in a festival celebrating him. The revelries last 11 days, and the fortnight is called Ganesh Chaturthi. 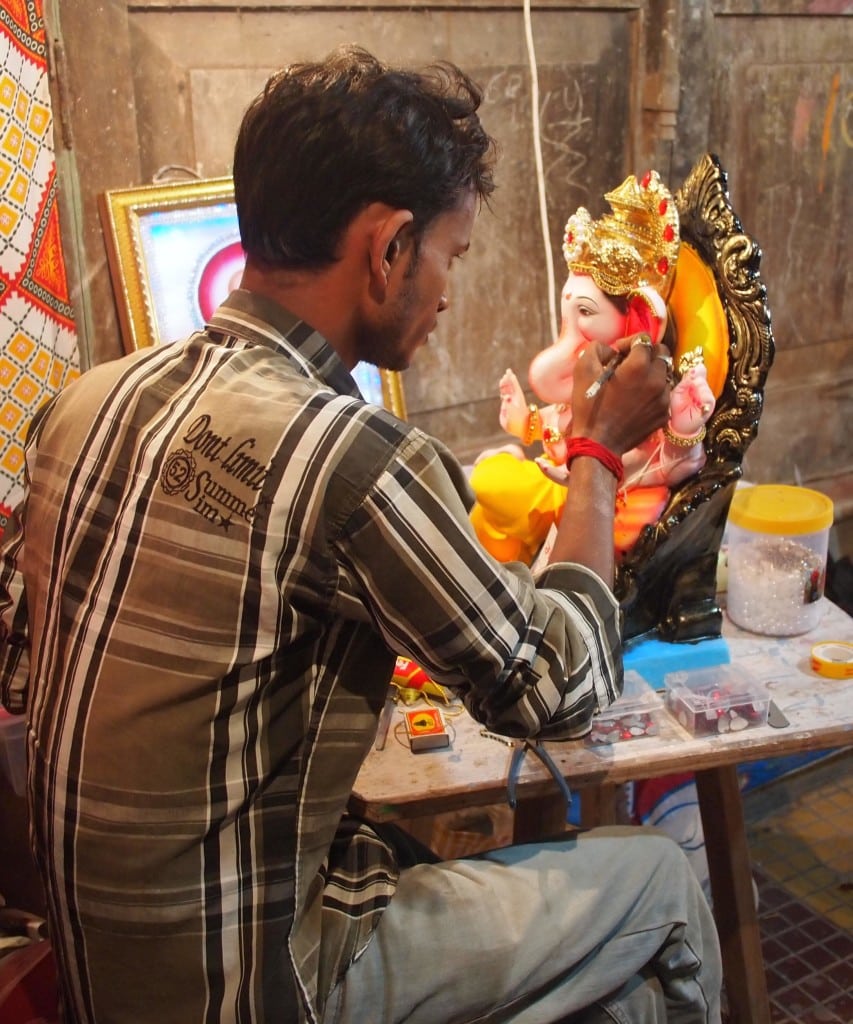 A Ganpati in the making

For most people, the festival of Ganesh (Ganeshotsav) starts with bringing Ganpati home: Clay idols are chosen from the thousands displayed in various workshops across the city, all cast from molds and then hand painted to meet the surging demand that swells in the late summer. Selecting the right idol – color, size, attributes, style – is a family affair. This year, Ganpatis were ordered back in July. On the first day of the festival, Ganesh idols are carried home and decorated. An arati, or worship with song and prayer, is performed to welcome him home in the morning and evening, and for the duration of his “visit”, he’s treated as a revered guest. Most people have an open house for neighbors and friends to drop in and meet their Ganpati. And on the next day, the 3rd day or the 5th day, generally, he’s taken in a small procession to a designated beach and immersed in the sea along with others of various shapes and sizes. 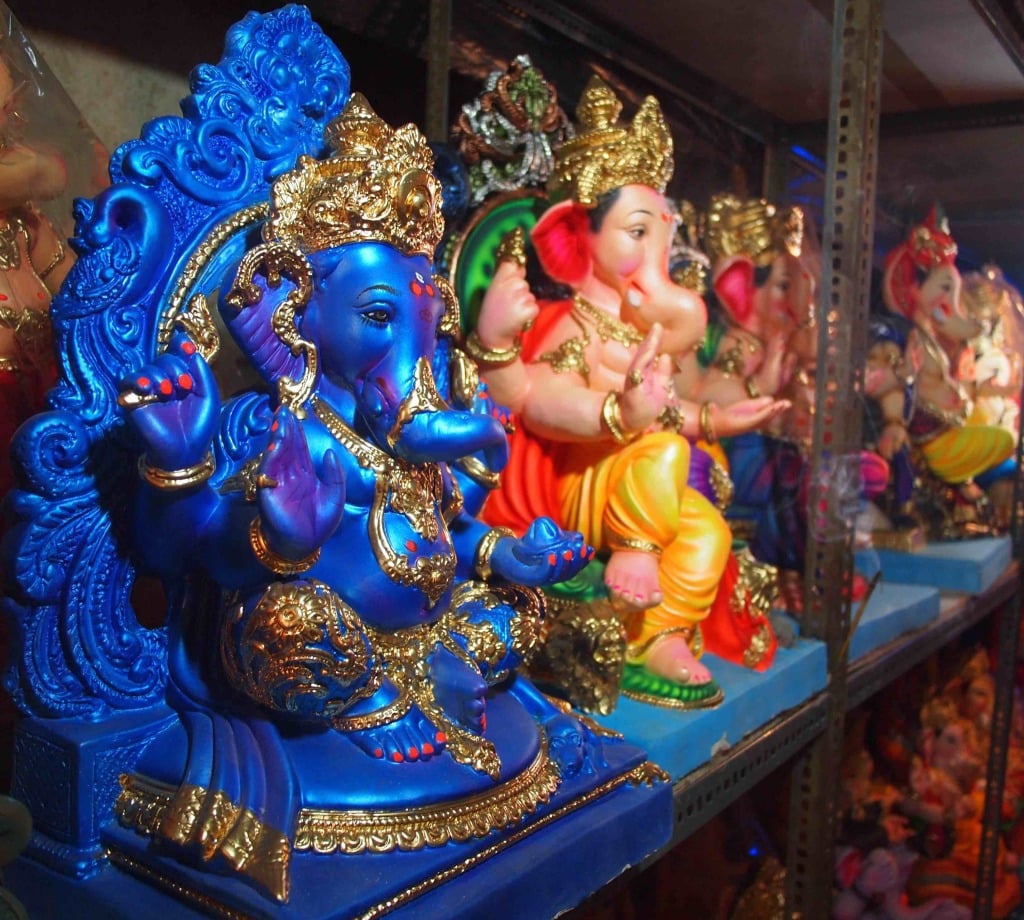 On a neighborhood scale, though, the sculptures are generally of a size befitting a community. Some like the Tulsi Bagh Ganpati in Pune are 15-feet tall, while in Mumbai, the Lalbagcha Raja (the King of the Lal Baug area) stands 20-feet high and sees up to 10 million devotees in the 11 days of the festival. The city comes to a standstill as truckloads of worshippers, some blasting popular Marathi songs interspersed with devotional music, take to the streets. They head to the beaches for the immersion, where prayers are done one last time and Ganpati is bid adieu until the next year.

It’s a crazy, fun, hectic time to visit India and if you’re in parts of Kerala, or anywhere in Maharashtra, you’re in for a spectacle unlike anything you’ve ever seen before.