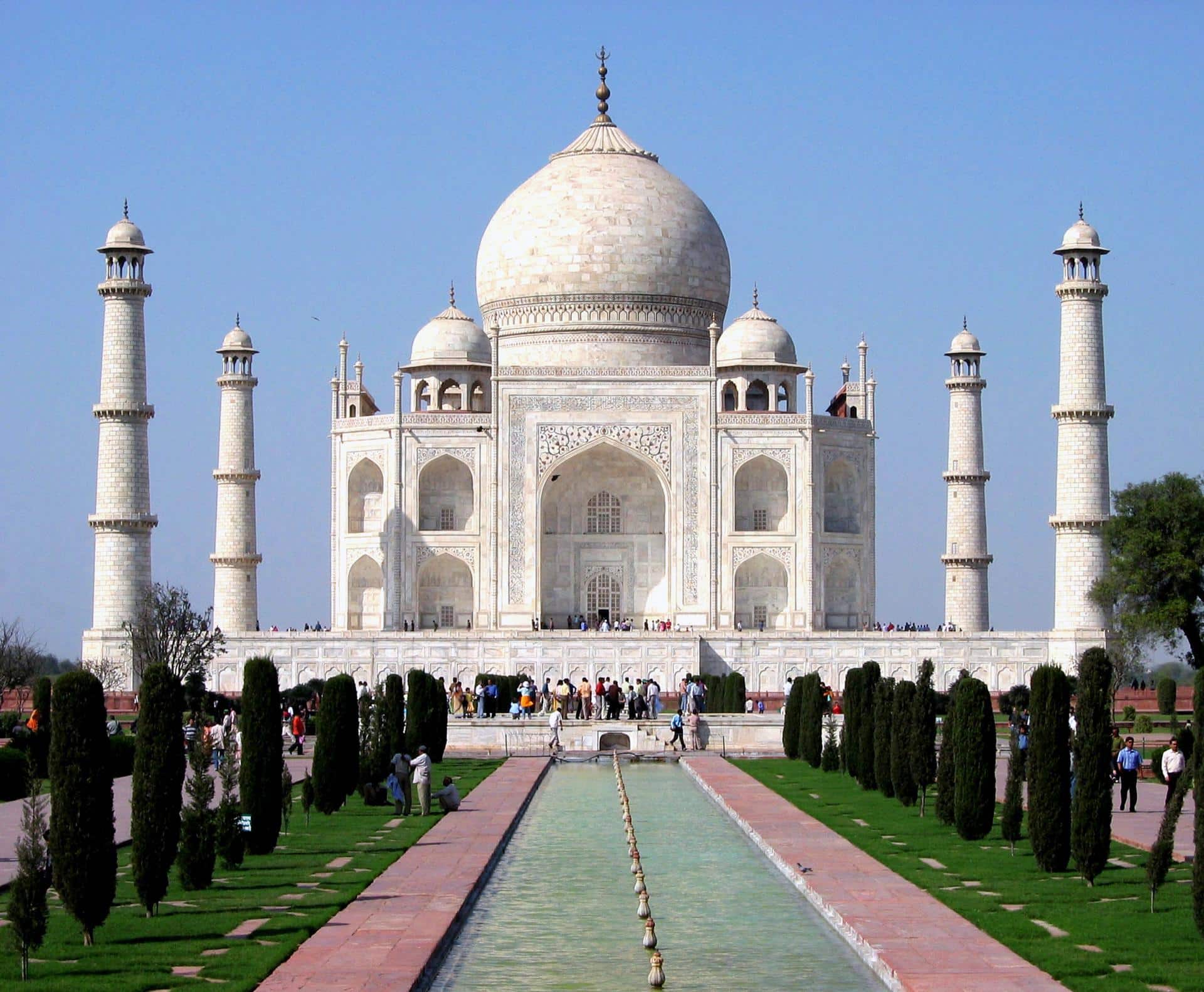 Visiting The Taj Mahal: Everything You Need To Know

Home » Visit India » Visiting The Taj Mahal: Everything You Need To Know

The most romantic building in the world, the Taj Mahal needs no introduction. Whether you’re visiting the Taj Mahal on a day trip from Delhi, or passing through on your way to Jaipur, visiting Agra is a must, even if only for a few hours. 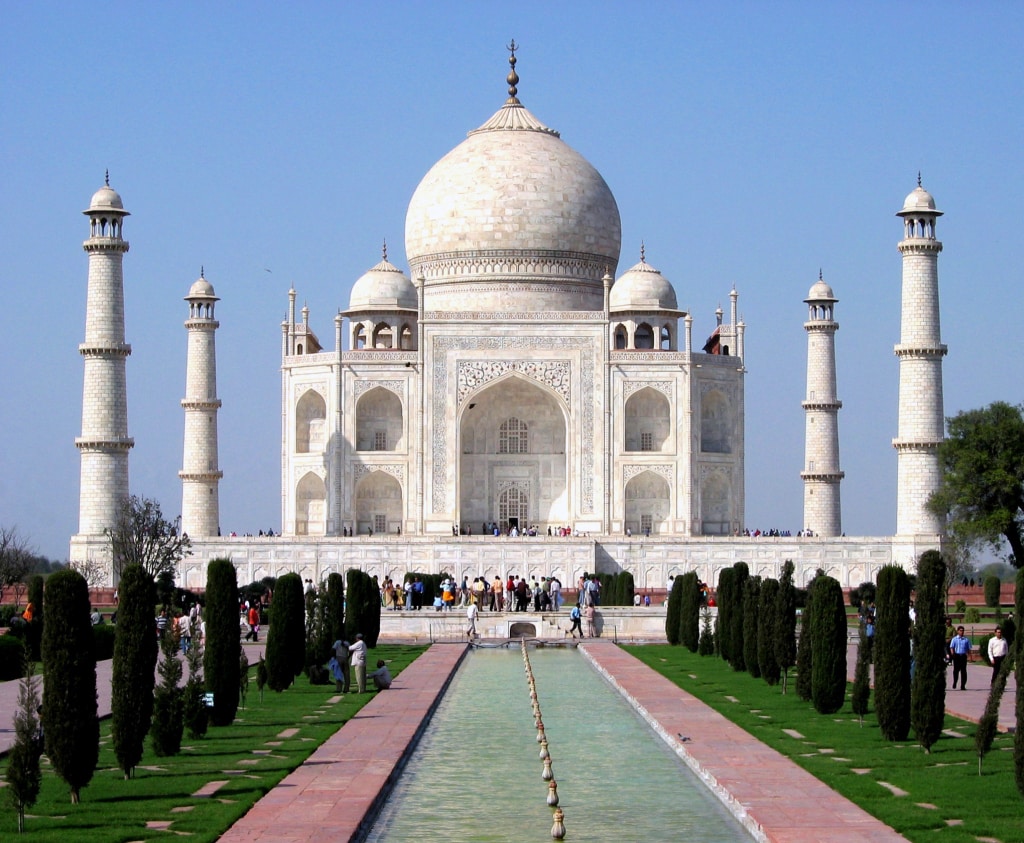 Built by Emperor Shah Jahan as the final resting place for his beloved wife Mumtaz, one of the best places to catch your first glimpse of the Taj is from Agra Fort. It was here that Shah Jahan sat and stared at his masterpiece longingly while being held in captivity by his own son Aurangzeb. While the red sandstone structure is a marvellous example of Mughal architecture in its own right, when layered with knowledge of its poignant history, its stunning view of the Taj Mahal becomes all the more bittersweet. 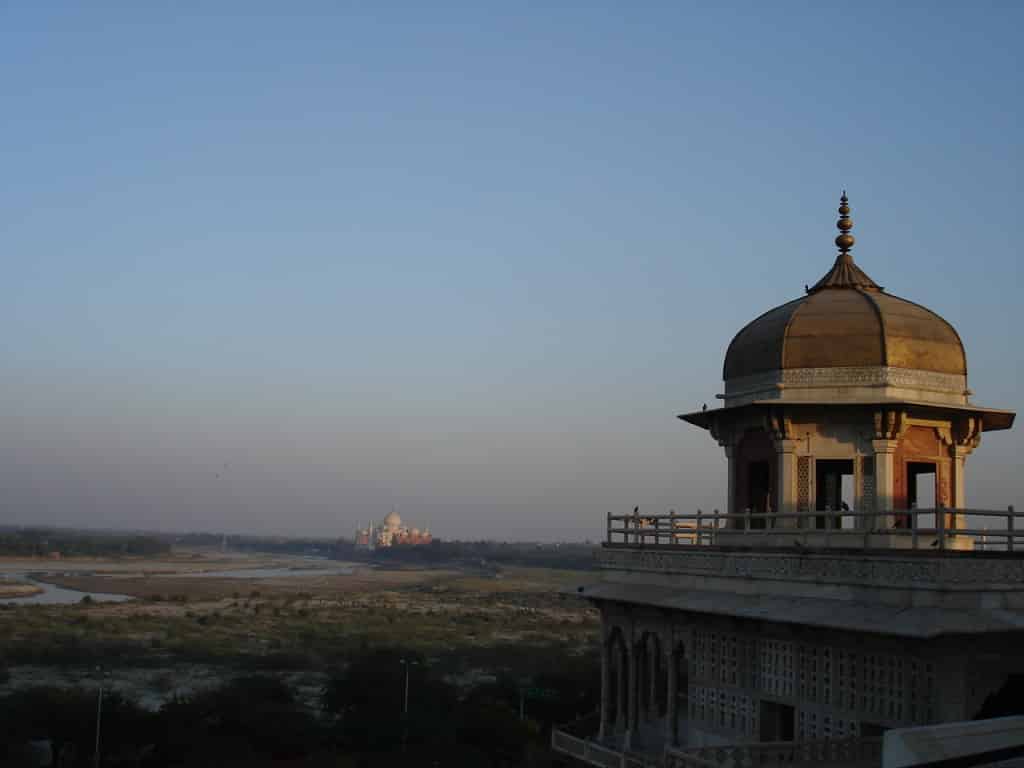 For a different perspective, and the best unobstructed view (and perfect photo) of the magnificent white marble structure, head to Mehtab Bagh, a garden that is on the banks of the Yamuna River.

And when you finally reach the Taj Mahal, make sure you’ve picked up your tickets first, as the counter is about half a mile from the gate for some entrances. It’s open Saturday to Thursday,  with sunrise and sunset being the most spectacular times to see how the marble changes (but really, it’s beautiful at any time of the day!). Don’t forget to hold onto your ticket as it offers discounts to some of the other popular sites in Agra when visited on the same day.

Before you even catch a glimpse of the stunning dome, you’ll find yourself entranced by the impressive red sandstone gates that have inscriptions from the Quran intricately carved on them. Entering the gate, you’ll see the meticulously maintained gardens, laid out in a square grid with a water feature running down the middle. The gardens are a popular place to rest and immerse yourself in the beauty and wonder of this venue. 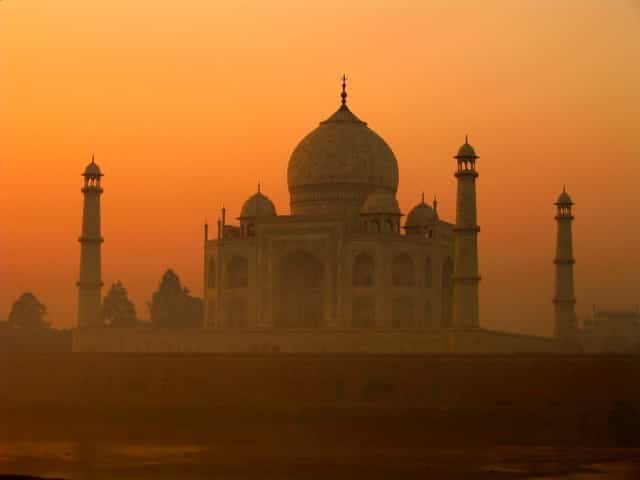 Approaching the actual mausoleum, you’ll need to take your shoes off before walking up the stairs to get a closer look. There are minarets at the far corners and a red mosque to the side that is used today. But the white domed building that houses Mumtaz is the star. With tiles inlaid with flowers made from semi-precious stones, and inscriptions that line the entrance to the doorways, it’s impossible to not be in awe of the detail and skill that has gone into this magnificent building.

Inside, an intricately carved marble screen hides what is actually a “false” tomb, with Mumtaz’s actually resting place hidden from public view below. Shah Jahan was also finally laid to rest here, in peace despite the turmoil that riddled his final years.

Like all good love stories, the Taj Mahal evokes feelings of both joy and regret. But regardless of its turbulent history, it’s hard to deny that it is a truly magical place to visit, and well deserving of its position as one of the seven wonders of the world.