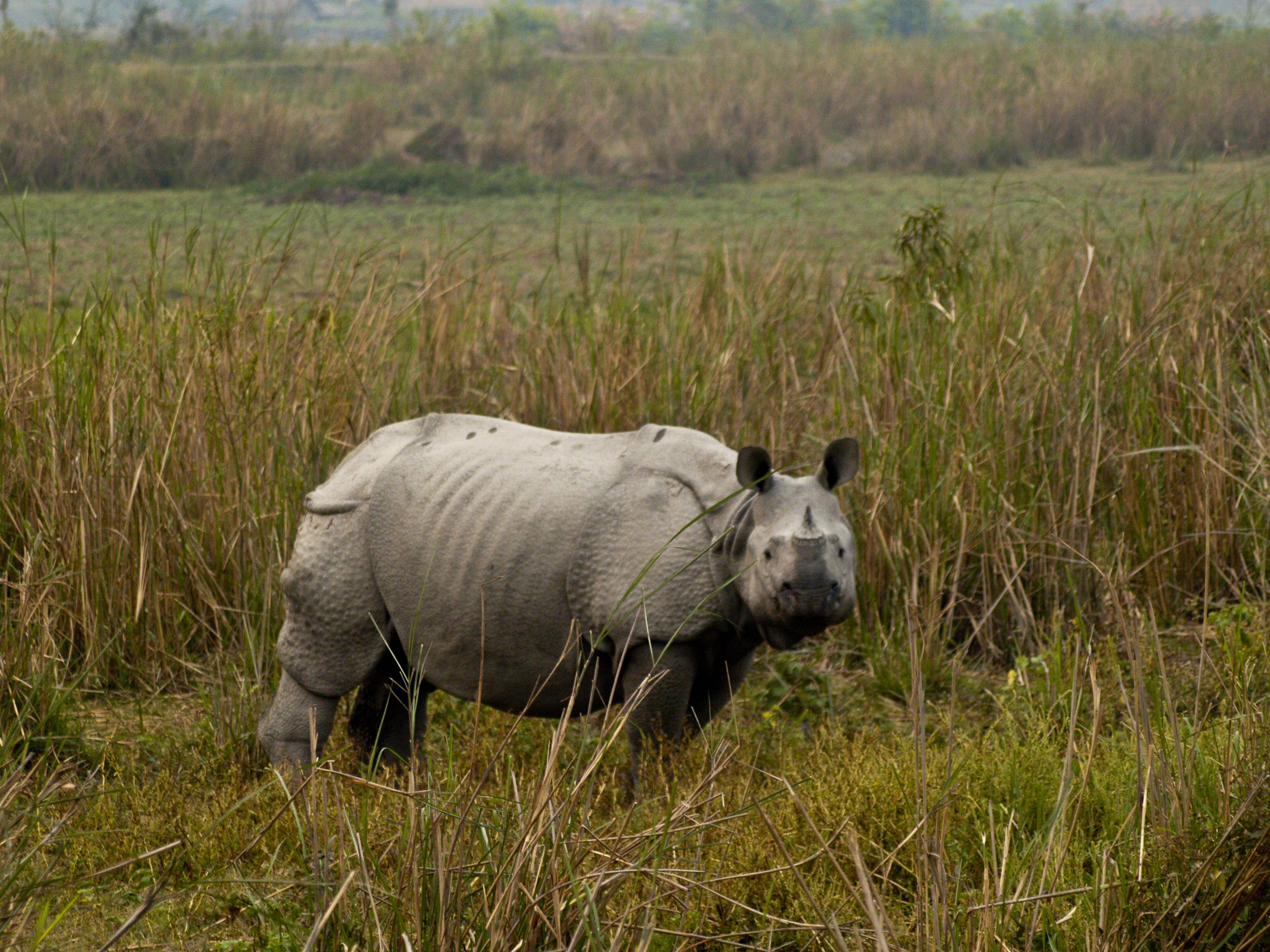 Where To Go Rhino Spotting In Assam

Home » Visit India » Where To Go Rhino Spotting In Assam

Tucked away in North East India, Assam is home to the endangered one-horned Indian Rhinoceros. These magnificent beasts roam freely amidst several wildlife parks across the state, but it’s also likely that you’ll catch a glimpse of them from the roadside. I recently visited Assam and fell for its beauty, tranquility and these gentle giants. Here’s some of the best places to go on a rhino safari in Assam. 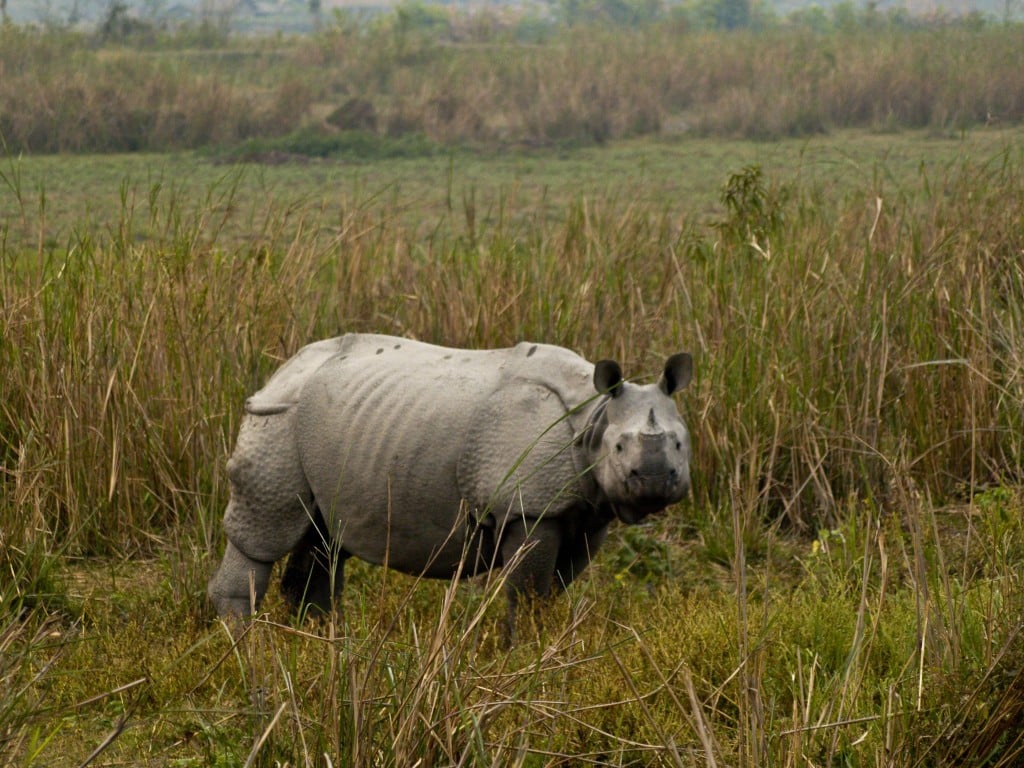 A UNESCO World Heritage Site, Kaziranga National Park is the most famous place in the country to see rhinos. Covering over 430 square kilometers spread over 4 ranges, it’s easy to spend several days here exploring different parts of the park. While rhinos are the main attraction, Kaziranga is also home to leopards, tigers, deer and wild boar, and the park even holds an elephant festival each February. Ornithologists also flock here to view thousands of birds who migrate each year from across Asia and northern Europe. Take a jeep safari or get up close and personal with a rhino on the back of an elephant. 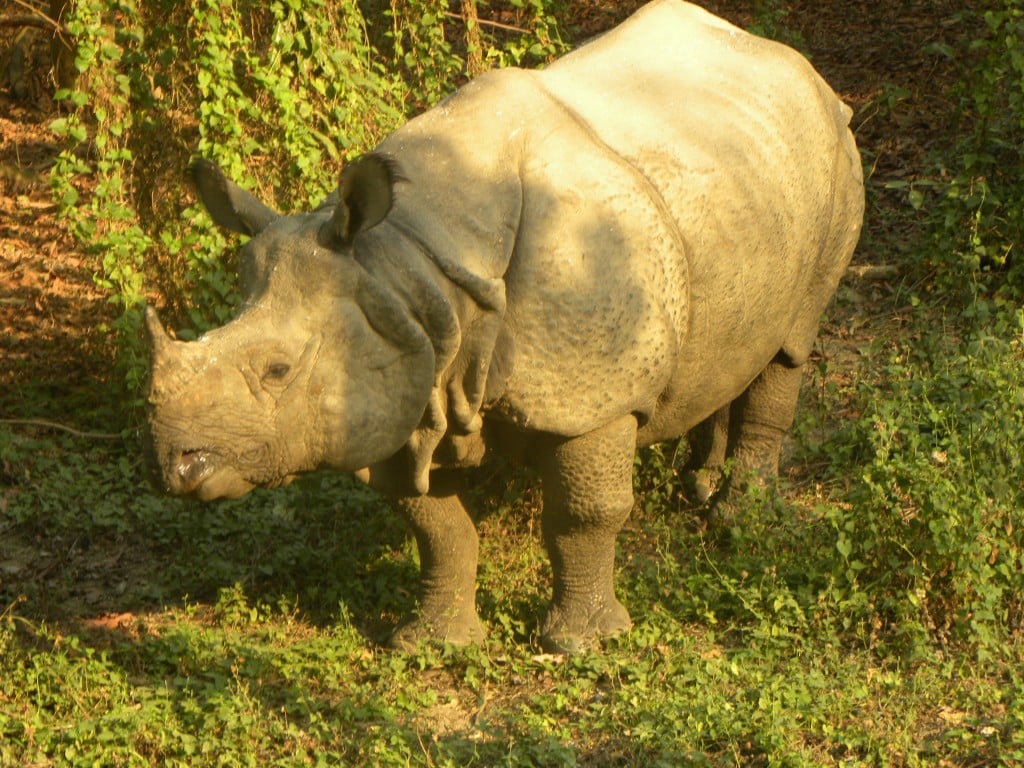 With the highest concentration of rhinos in India, it’s virtually impossible to miss seeing a rhino in this small sanctuary. Conveniently located about 40 kms from Guwahati, Pobitora Wildlife Sanctuary is a popular weekend escape for locals and can easily be seen in a day trip from the city. Bound by the mighty Brahmaputra River and only 38 square kilometers in size, it’s possible to cover the whole park in half day. Aside from rhinos you can also see wild buffalo and boar bathing in the river as well as wide variety of migratory birds perching in the surrounding trees. Just behind the park are rice paddies and farmland where it’s quite common to see rhinos roam wild.

Sharing a border with Bhutan, Manas National Park actually spans across the border into its twin park in the Kingdom. With the Manas River flowing through the center, the park is renowned for its water buffalo. A World Heritage Site, thick grasslands merge into evergreen forests in breathtaking beauty. While rhinos and buffaloes steal the attention here, Manas is also home to the last known population of pygmy hogs. 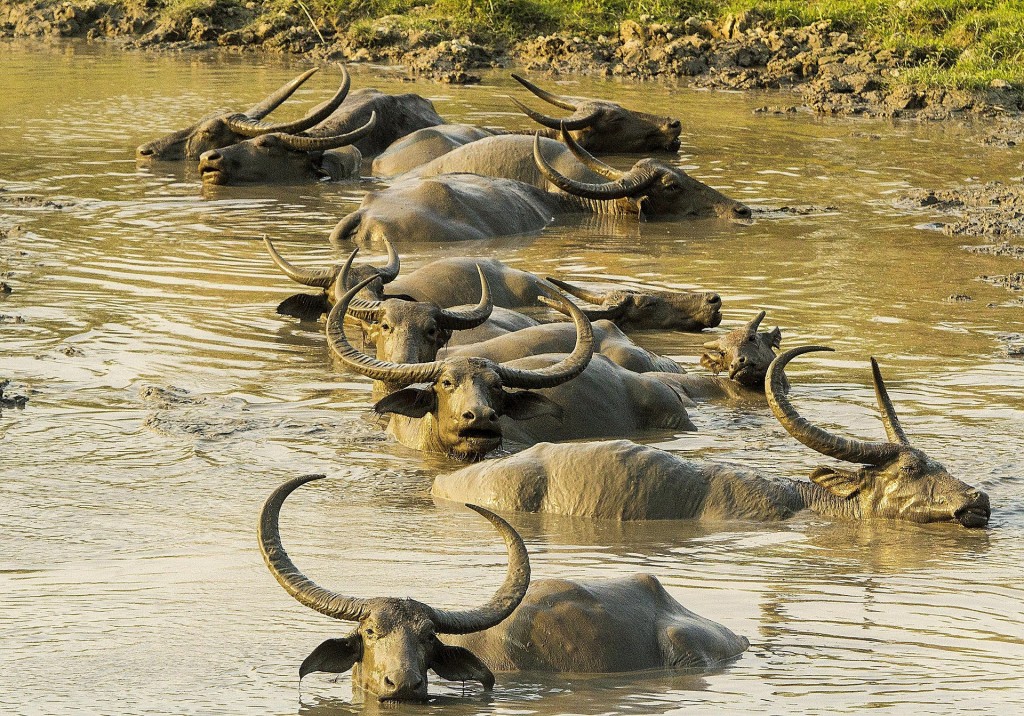 Other Parks For Rhino Spotting

Known as mini-Kaziranga, this national park is located about 30 kms from Tezpur and also provides ample opportunity to view rhinos, and if you’re lucky a Bengal Tiger. Located on the north bank of the Brahmaputra River, Orang is also home to fish, reptiles and over 200 species of birds. While their populations are small, it is also possible to see rhinos at Jaldapara and Gorumara National Parks in West Bengal and Dudhwa National Park in Uttar Pradesh.

The best time of year to spot rhinos is from November to April. While Assam can be accessed by road, most fly into Guwahati and then travel by road or train to the parks. Road travel provides the best opportunity to stop along the way, get out your binoculars and see if you can catch a glimpse of one of these armored beasts grazing in the wild.