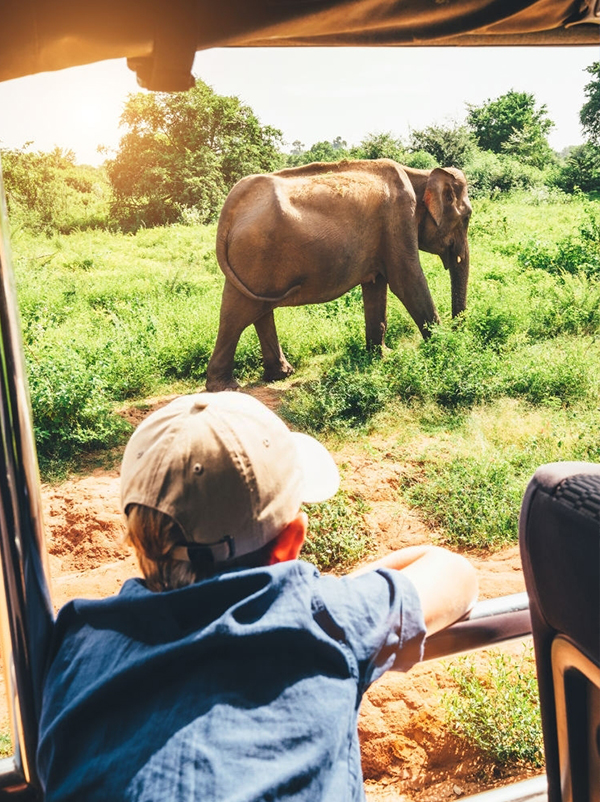 The breath-taking beauty and infinite variety of Sri Lanka’s Natural heritage creates epic stories to share with family and friends back home. An alluring treasure trove of wilderness experiences for the adventurer, it tempts you to be game for the less explored gems in the wild.

The tropical island’s fantastic array of 25 national parks, over 60 bird sanctuaries and at least 90-odd species of mammals supports bountiful wildlife experiences. Amongst the world’s top 10 biodiversity hotspots, Sri Lanka offers wonderful opportunities for sightings of some of the largest mammals and endangered species on sea, soil, and skies. From wild elephants to leopards, from nesting turtles to cavorting whales and dolphins, each glorious new setting provides you a fabulous treasure for your memory bank. 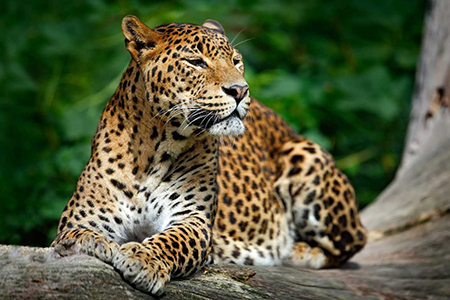 Soak in nuances of the magical expanses of the Yala Wildlife Park, in the south-east region of the island. Arrive here on safari for some of the most rewarding leopard-spotting experiences; this happens, of course, because Yala is fabled for the highest concentration of leopards in the world. The Sri Lankan leopard is larger than most other species found in the world. The leopard was included in the Red List of IUCN because of the diminishing numbers caused by hunting during the colonial period. But with a concerted conservation effort in place, the numbers have been going up over the last couple of decades. Plot number 1 in the park has the highest concentration of this elusive spotted cat. 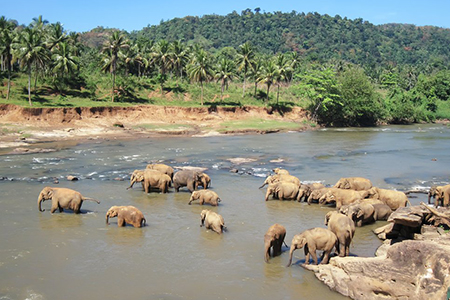 Another unforgettable Sri Lankan wildlife experience is the humongous gathering of the wild elephants in one spot. The tropical setting of Sri Lanka is the old stamping ground for the highest number of wild elephants in Asia. If you time it right, you get this fantastic viewing at the gorgeous Minneriya National Park. The Minneriya Reservoir is a magnet for herds of elephants–more so during the dry season between July and October. This great congregation of these majestic pachyderms at the Minneriya Reservoir is the largest known Asian wild elephant gathering on Earth. It can be an unbelievably moving sight, watching the young ones gamboling in the water, under the eagle-eyed protection of their mothers and aunts, and even grandmas! 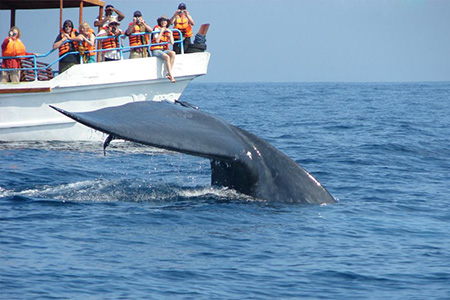 Heading south to the little coastal town of Mirissa, you are in for another wilderness treat. This one is about sightings of some of those mammoth sea creatures–whales. The blue whales, Bryde’s whales, sperm whales and fin whales, are often found in the company of spinner dolphins, striped dolphins, and spotted dolphins. Cavorting in the azure waters, they are truly a sight to behold! Your camera will be in overdrive to capture each mesmerizing vignette. Time your trip here anytime between November-April when the pods are migrating from the southern hemisphere to the Bay of Bengal’s warmer feeding places. 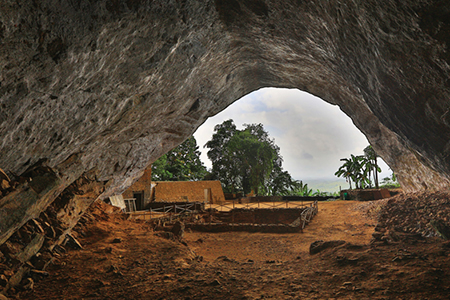 Sri Lanka’s wilderness spaces are not all about wildlife spotting. You can have some of the most exceptional experiences in, for example, the Horton Plains National Park in central Sri Lanka, where you trek through the virgin terrain of a cloud forest. A path less trodden, this lovely, offbeat destination in a protected area enjoys its own climate and botanical splendor, thanks to its unique eco-system. Another offbeat climbing spot is Pidurangala Rock, from the top of which you will get some of the most breath-taking panoramas. Start the climb early in the morning as it can get pretty hot later on. Team up with other climbing enthusiasts as it’s not as crowded as Sigiriya; it’s no fun getting lost or even hurt without help nearby. In Kalutara district, wend your way deep into the annals of Sri Lanka’s prehistoric times. The 200m high Pahiyangala Cave in the remote Yatagampitiya village is a remnant of a 37,000-year-old prehistoric civilization. The Fa Hien Cave, another name for it, is one of the largest natural rock formations in Asia. Discovered here during excavations were some human skulls, weapons made from animal bones and stones. A 40-foot-long statue of the reclining Buddha adorns the cave entrance, a reminder that the cave once served as a Buddhist temple.

Sri Lanka has many hidden gems awaiting the intrepid explorer. So, when you are next planning a holiday to the spice island, delve deeper into even more secret pathways.