By distinct destinationsOctober 18, 2022No Comments

Peel back the magic and mysteries of cultural richness in India from the line-up of festivals that punctuate its yearly calendar. If you have little time to travel across all the destinations on your bucket list in this amazing country, it’s a good thing to lock up a few of these iconic festivals on your itinerary, because these festivities serve as a grand window to the spiritual pursuits, music and dance, costumes and jewellery, food and crafts of the region that you are visiting. Kick off this immensely satisfying exploration of this ancient country with at least 3 unmissable winter festivals in India.

The five-day celebrations of Kartik Purnima in India take place at the end of October or at the beginning of November. The day of Kartik Purnima itself is significant, as most of the rituals and festivals wind up. Kartika is the eighth lunar month in the Hindu calendar and is considered a highly auspicious time for religious activities related to rituals of purification and to enter a state of bliss and happiness and prosperity with the blessings of Lord Vishnu and Lord Shiva. The Kartik Purnima snan, or ritual sacred bath dip is said to be as meritorious as holding performing 100 Ashvamegha Yagya. One of the most iconic festivals during this period is the Pushkar Mela, held in the state of Rajasthan. 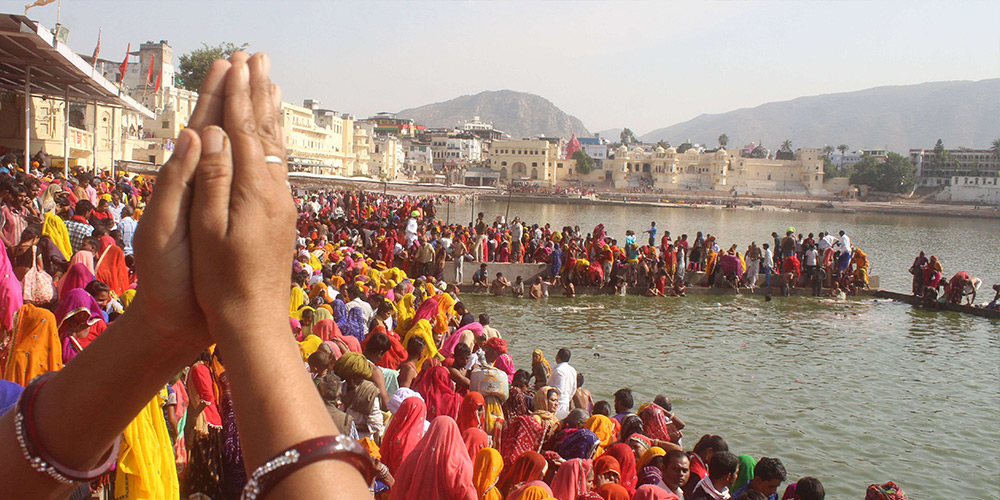 The small township of Pushkar, nestling by lake and accessed from another pilgrimage hub, Ajmer, is home to the only Brahma Temple in India. Though claims have been made of a couple of more Brahma temples in India the one in Pushkar is the primary shrine to the Lord of Creation–Brahma, in the Hindu pantheon. The Pushkar Mela originally started off as a livestock fair with herdsmen and traders across Rajasthan, gathering together by the lakeside town to club some commercial activity with an annual pilgrimage to the temple site. Once the spiritual rituals at the temple and the holy Pushkar Lake were wrapped up, they would get down to the business of some hard bargaining for the livestock and catch up on gossip on the events of the day. Some random tourists attending one such occasion over time led to the Pushkar Festival finding a place in travel itineraries for the global travelling community. The Pushkar Mela, now a huge cultural extravaganza, has transformed into one of, not only Rajasthan’s, but even India’s most popular winter festivals. Soak in those rich atmospherics heightened by the colourful costumes of the Rajasthani people, the beautifully decorated camels and horses, the fun-filled activities like hot air ballooning, quad biking, tug-o-wars, horse riding and performing camels. And food, lots of food and shopping at the pop-up stalls on the mela grounds.

Dev Diwali
It’s inconceivable to be in India around the end of October/November beginning and not get caught up in the festive air of the annual ‘Festival of Lights’ – or Diwali. Deeply embedded in India’s cultural landscape Diwali celebrates the triumphant return of Lord Rama, his wife Sita and brother Lakshmana from 14 years of exile to Ayodhya. It also celebrates the vanquishing of evil, as epitomised by the demon king Ravana, by good, as represented by Lord Rama. 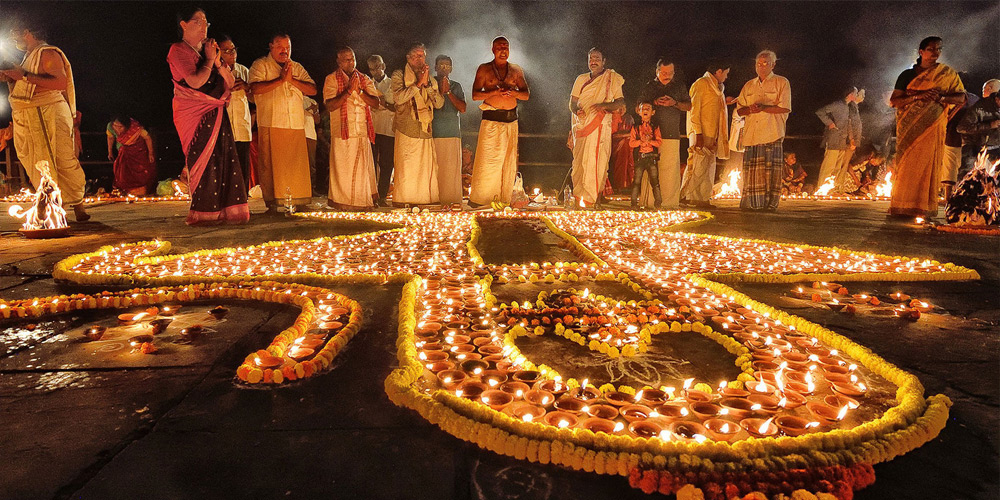 For those who just can’t get enough of the joyful winter festival of Diwali, pal ahead to be in Varanasi, where you get to enjoy two Diwali festivals! The pan-India festival of Diwali takes places on Amavasya or a moonless night. It’s why thousands upon thousands of oil lamps are ablaze in homes and markets to banish this unseemly darkness on such a victorious occasion. Dev Diwali, celebrated with such pomp and show in the ancient city of Varanasi, takes place on the following full moon night, on Kartik Purnima, 15 days later.Varanasi is believed to be the earthly abode of Lord Shiva and this winter festival celebrates his defeating asura (demon) Tripurasura; it’s also why this festival also goes by the name of Tripura Utsav (festival). Magic happens when all of Varanasi is lit up to welcome all the gods arriving from the heavens to the sacred city by the holy Ganga to welcome the triumphant Shiva. The ancient Dashwamedha Ghat is the centre of attention for all the ritual purifications, and atmospheric aarti conducted here on this auspicious occasion of this festival of the ‘Diwali of the Gods’!

Goa Carnival
Soak up the rich nuances of cultural Goa at the annual Carnival with its atmospheric Portuguese Mardi Gras vibes. Held in February as winter ends, this festival, which is unique only to Goa in all of India, is a period of feasting and abandoned joi de vivre. The Carnival is held ahead of the austerities of the 40-day Christian period of Lent spent in prayer, fasting and repentance and a reflection on the events leading up to and including the death of Jesus Christ. Lent culminates with the joyful festival of Easter, when Christ arose from the dead. 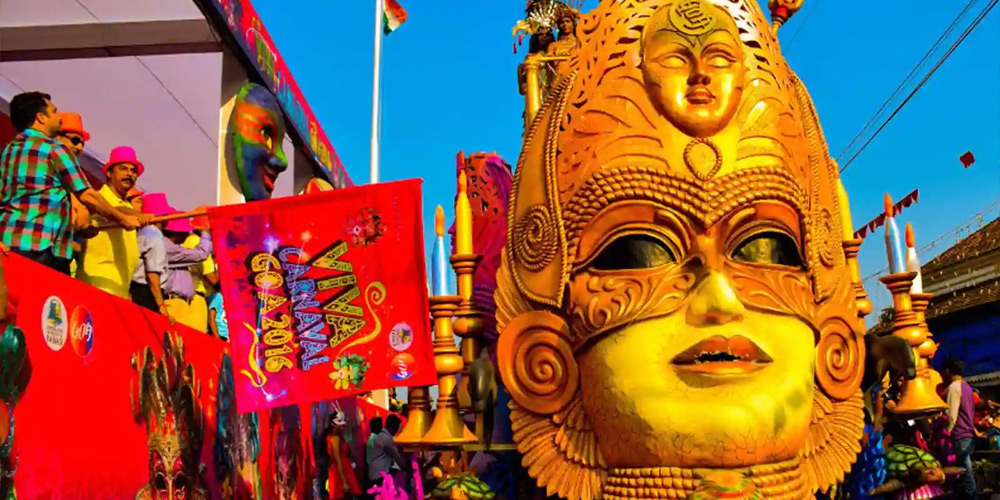 Goa Carnival in India is remarkable for its gaiety, its pageantry and beautiful floats, carrying the images of the revered saints, on parade through the streets, illuminated by fairy-lights and buntings, to the delight of devotees. Masked and costumed revellers wired up by the festivities, dancing troupes and musicians, acrobats, clowns and Goan folk plays–all this and more add to the riotous flavour of this most joyful of Goa winter festivals, of which partying, wining and dining and masquerade balls are an intrinsic component of the celebrations over four days and nights. The massive preparations for the merrymaking during this grand Catholic festival, with its history of over 500 years on India’s festival calendar, start as early as December. Join the revellers during this spectacular festival at the favoured venues of Panaji, Margao, Vasco and Mapusa.

While planning your next holiday to India in the winter days, make sure you join the locals in the big festivals at the time that showcase some of the most enduring aspects of centuries-old Indian traditions and culture.