Discoveries Amidst The Shaman Community Of Nepal

By distinct destinationsAugust 9, 2022No Comments

Home » Visit India » Discoveries Amidst The Shaman Community Of Nepal

A unique community experience awaits visitors in the tiny Himalayan hamlet of Dhulikhel in Nepal. Did you know that one of the unique traditions of its people is keeping alive the millennia-old Nepalese custom of relying on shamans and their connection with the spiritual world, for every important thing they do, in sickness or in health, in celebratory moments or in times of hardship, pain and sorrow?

Shamans, or jhãkris or dhamis (oracles/spirit mediums), as they are called in the vernacular Nepalese, hail from the ethnic groups of the Tamang, Magar, Rai, Limbu, and Gurung and their role is an intrinsic part of Nepal’s social-cultural fabric. 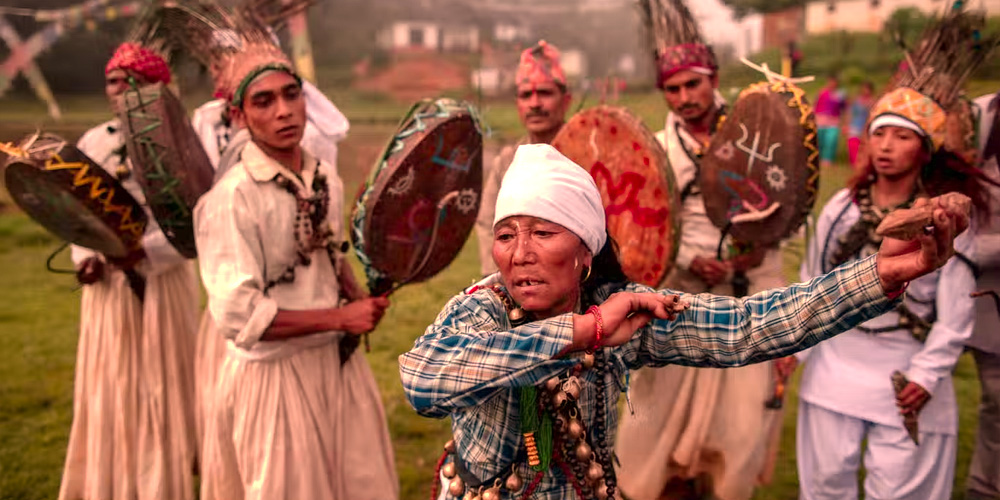 Mingling with the village locals you will get an unusual opportunity to witness first -hand the deep spiritual-cultural connection of the Nepalese people with shamans, who, to this day can be called upon, not only by simple rural folk, but even by sophisticated households when the need arises to get rid of evil influences. Guided by their ancestral beliefs, the Nepalese feel that spirits and people walk the same paths. The shaman, who could be male or female, is their channel to the mystical, supernatural forces of good and evil… a world inhabited by divinities, ghosts and spirits. The shaman also sometimes serves as a medium to reach out to your loved ones who have passed on. 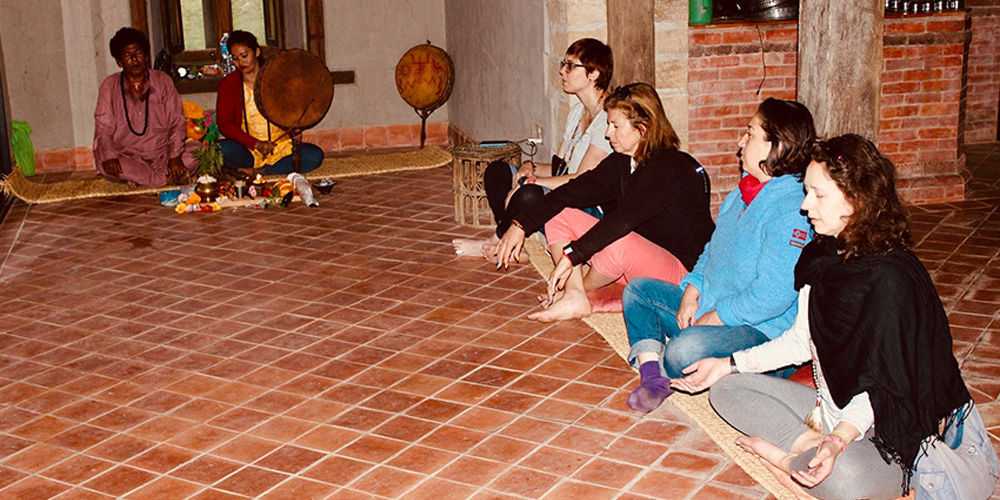 Back in the day, when villages such as Dhulikhel sequestered in remote areas didn’t have access to urban medical facilities would rely on the spirit world to come to their aid for healing or treatment–and even purging people of evil spirits. These calamities, the hillfolk folk, were believed to have been brought upon them by spirit beings. For the shaman to have reached this forceful interface by the real world and the spirit world, he would have gone through the rigors of esoteric rites and the dark arts to embody the supernatural powers of local deities or spirits.

Shamans can be pivotal in the affairs of the village community who will have witnessed their powers, which include doing rituals for spirit possession, soul flight and ventriloquism. Join the locals as the shaman goes through the almost hypnotic, animistic ritual conducted here in the village. Dressed in traditional headgear, bells adorning the costume at the waist or across the shoulders, he will dance and beat the dhyãngro or ritual drum to gain entry to the spirits to fight them or take charge of various unruly spirit beings. 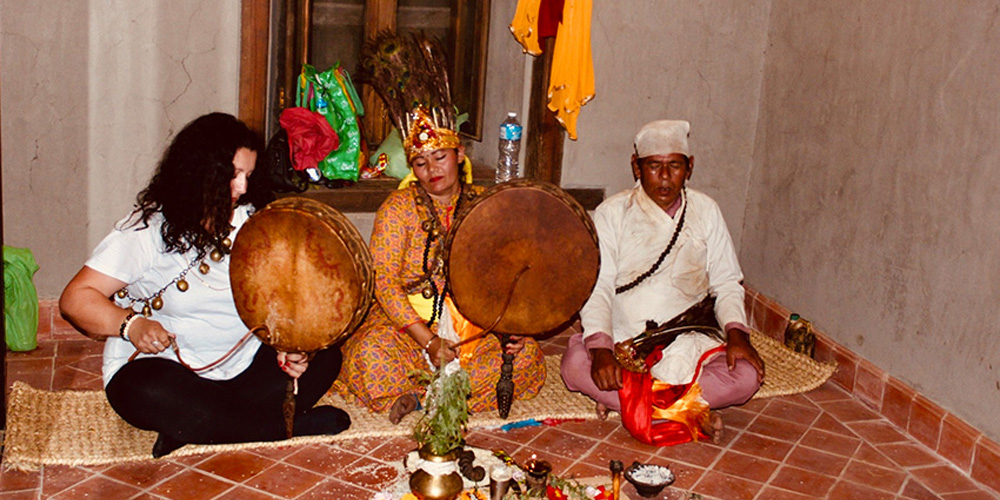 It’s sometimes difficult stepping away from your comfort zone of a typical Nepalese rural experience, but Dhulikhel will surely enrich you culturally by sharing with you of one of Nepal’s most enduring spiritual traditions amongst the local community.