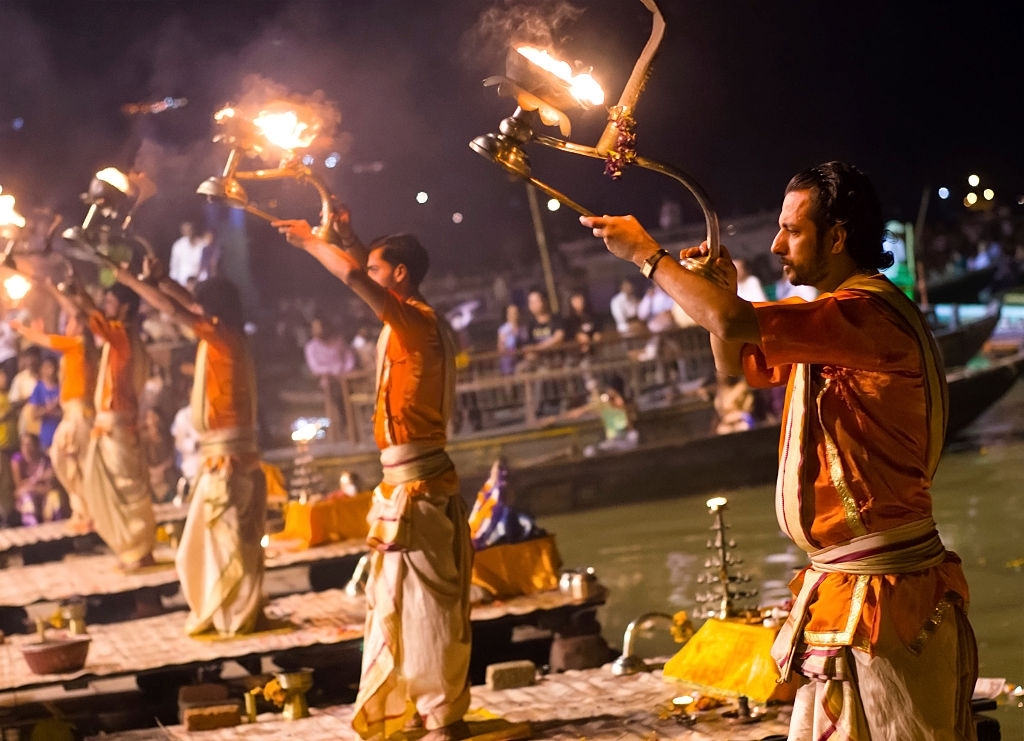 By Susan GeringerAugust 2, 2021No Comments

The holy Ganga is the lifeblood of ancient Kashi, the Banaras or Varanasi of present times, which is centric to the plethora of timeworn traditions that revolve around Indian culture and spirituality. Varanasi with its sacred ghats, temples and mosques, secretive alleys, palaces, havelis, kunds, akharas, gardens and historic gateways, is a treasure house of many delights which cannot be sampled in just one trip. A lifetime of magical moments awaits you again and again. 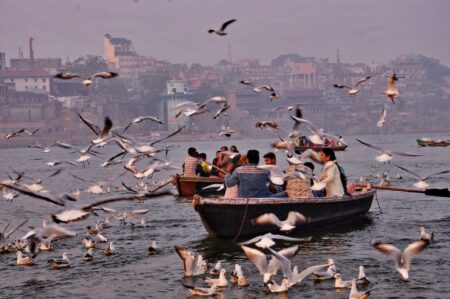 For visitors, the most iconic feature of the city is the architectural heritage of Varanasi’s riverfront and its historic core mirrored in the living cultural traditions of this ancient pilgrim destination. Take a slow boat at dawn to glide past the 6.5km long riverfront and soak in the rich atmospherics of this theater of sacred spaces bathed in the first rays of the morning sun. These sacred ghats and temples, with their ritualistic purposes, are richly symbolic of Hindu spiritual pursuits and the intervention of Lord Shiva in the cycle of death and rebirth. 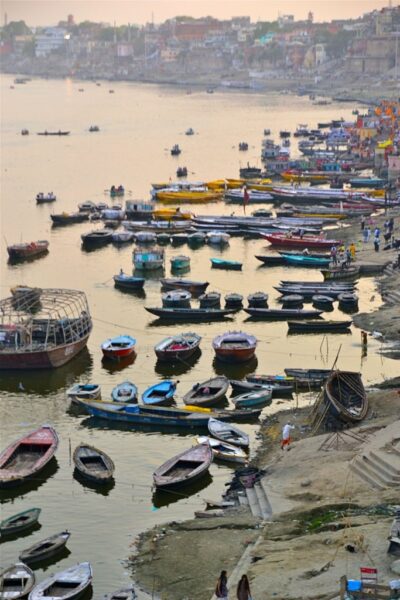 As one of the most ancient, continuously living cities of the world, Varanasi is a magnet for spiritual seekers and culture buffs from around the world. As the sun slips into the waters of the Ganga, the evening star appears in the skies, and the riverfront is a-twinkle with lights that are reflected in the holy water. The trip to the eerie cremation grounds of Manikarnika with its burning funerary pyres reminds us of our own mortality and the legend that Hindus want to die in Varanasi, where Lord Shiva intercedes on your behalf to break the cycle of death and rebirth. Crowds gather in large numbers at the sacred Dasashwamedh Ghat to witness the elaborate, timeworn aarti ceremony conducted by the priests to invoke the blessings of the gods and the divine river. 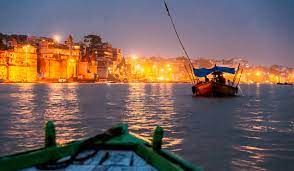 In the Embrace of a Varanasi Night

Step into a traditional bajda (boat) to take a private night cruise on the mid-stream expanses of the Ganga. The most tender, evocative moments of Varanasi present themselves to you as you slip gently down the waters catching glimpses of the shoreline as the night lights start brightening the growing dark. Listen to the wonderful stories about this ancient city while the boat cleaves through the water. Tuck into a delicious meal from one of the most popular authentic home kitchens in the city and take back memories of a lifetime. 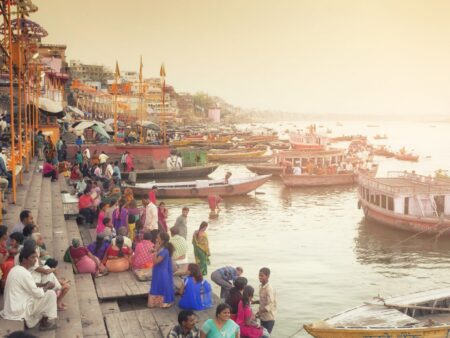 The artisan walk in the gullies of Varanasi introduces you to Kashi’s age-old weaving traditions, which date back to Vedic times. Drape yourself in a Banarasi saree, and you know you are in the warm embrace of thousands of years of India’s textile heritage. You cannot but marvel at the skilled hands of its humble weavers, which bring so much magic and light from those dimly lit workrooms with those gorgeous tanchois, delectable muslins, and luxurious brocades and softest of cottons. 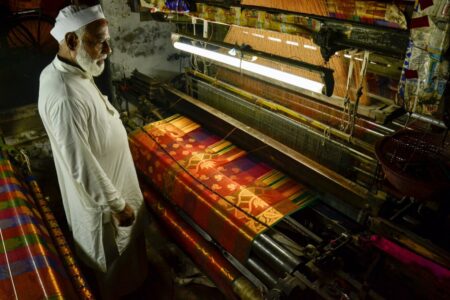 Joi de Vivre is inherent to the Banarasi lifestyle. The citizen of Varanasi is well-versed in the simple pleasures one may partake of in this treasure trove of cultural highs to evoke this beautiful fusion of mauj (festive spirit), masti (joie de vivre) and phakarpan (being carefree). One may find it in a musical performance, a classical dance, a boat ride at sunset or a delicious street stall meal, washed down with the ubiquitous Banarasi paan.

Explore our collection of Varanasi Experiences.