The North East of India, or the Seven Sisters as these seven states are often called, offer some of the best opportunities to get off the beaten track. This less explored corner of the country offers experiences for anyone with a sense of adventure, from jungles with rare one horned rhinoceros’ to head hunters and magical untouched islands. Even if you don’t have too long, it’s still possible to explore some parts of this far-flung region thanks to local airports that provide easy access. Here are three of our favourite places to visit in the North East even if you only have a short amount of time.

The Tribal Villages of Nagaland 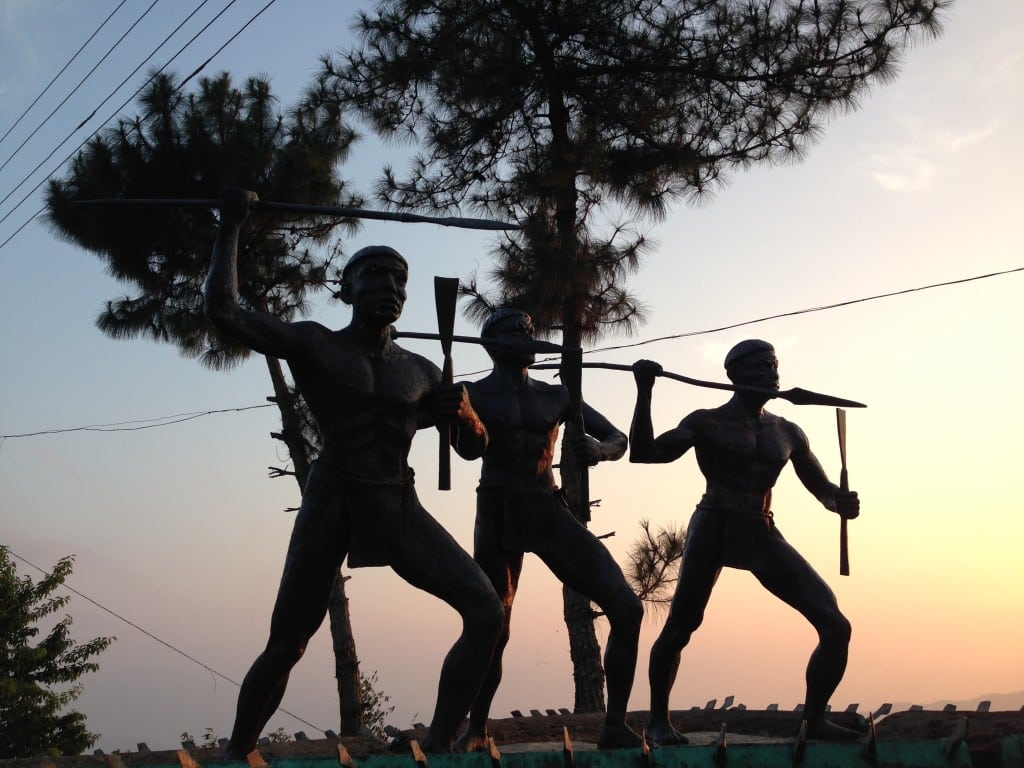 Head-hunting was only banned in Nagaland in the 1960’s, but the tribal villages and colonial Baptist presence is still omnipresent throughout this state. While driving in Nagaland is not a quick affair, distances are small enough and the scenery of village life perched on the hillsides so fascinating, to make it well worth the journey. To the north of the state the villages become more remote and the locals less affected by modern day conveniences. To the south, while the mud and straw villages have disappeared, the remoteness remains palpable amidst the rolling green hills. The capital city of Kohima is more like a large town, but its well worth a visit, if only to wander through the local market where a vast array of insects and rodents are offered next to today’s vegetables.

The Root Bridges of Meghalaya 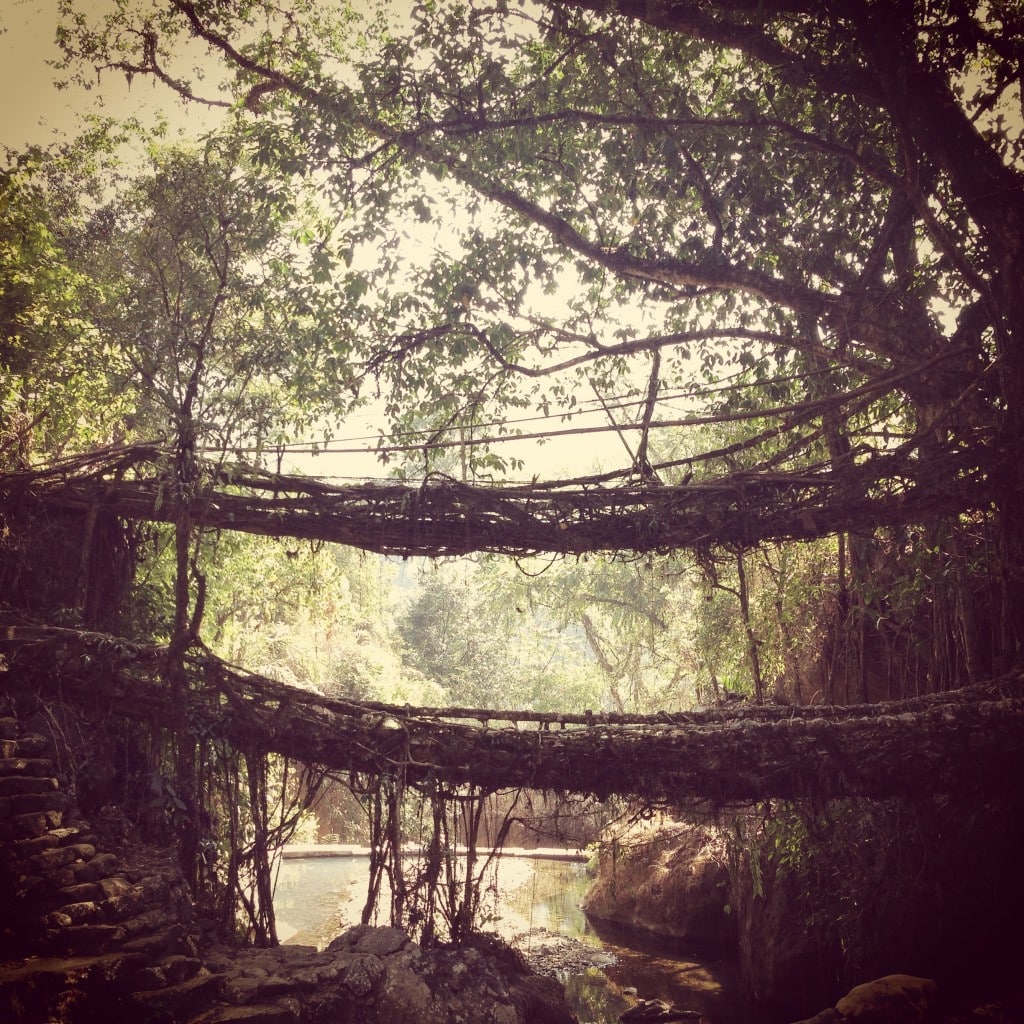 Thanks to the new highway, the city of Shillong is only a couple of hours drive from Guwahati airport, the main gateway to the North East. And another two hours of twisting and turning through the spectacular hillside will bring you to Cherrapunjee. Known for being one of the wettest regions in the world, Cherrapunjee is also home to an ancient tradition, where generations create natural bridges from the roots of trees. While these bridges are functional, they are nothing short of spectacular works of art. The most impressive bridge is the double-decker root bridge that requires some strenuous walking, but is well worth every one of the 3,000 odd steps.

The Untouched Majuli Island of Assam 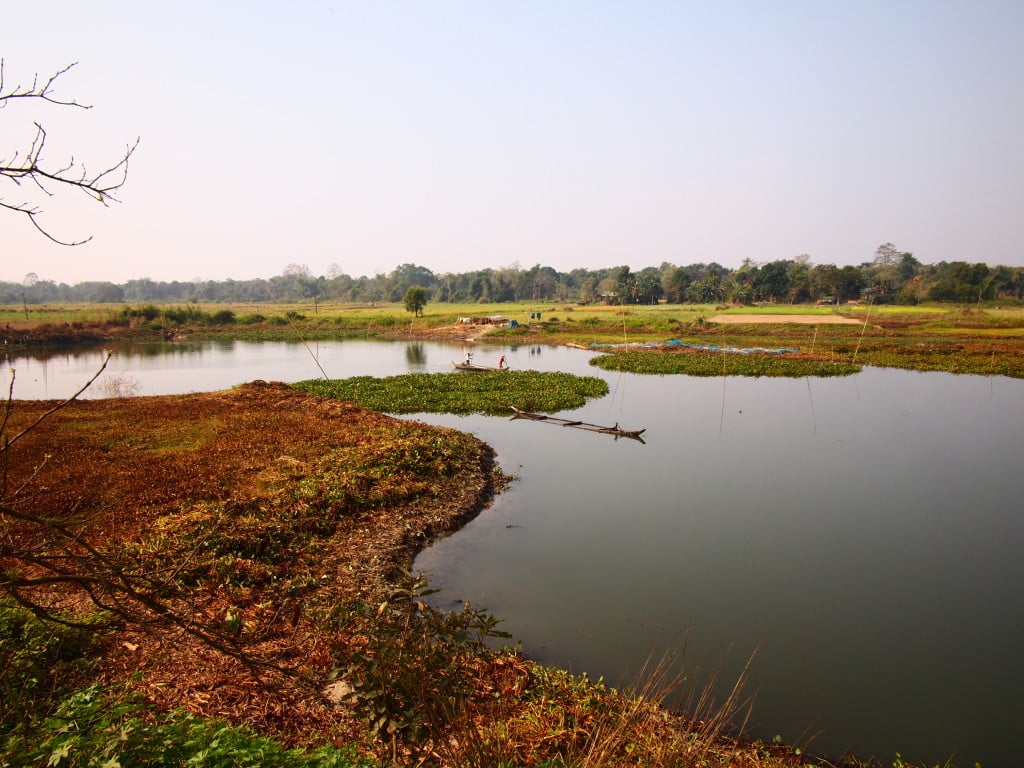 While most visit Assam to catch a sight of the rhinoceros, the island of Majuli is often forgotten. The sandy banks are eroding quickly, and it’s expected that this tiny place where time has stood still will disappear within 20 years. The island has spiritual roots, with 22 satras, or Vishnu monasteries, dotted amidst the fields, making it popular with pilgrims. It’s the perfect place to hire a bike and explore the tribal villages and rice paddies. On the roadside young women earn their keep weaving cloth like they have for centuries and farmers plough their fields. It’s almost as if time has stood still in this paradise island.

North East India is most easily accessible by flying into Guwahati Airport in Assam. Airports also exist in Dibrugarh, Assam and Dimapur, Nagaland.